Opinion: As US leaves Afghanistan, it must fulfill its obligation to interpreters 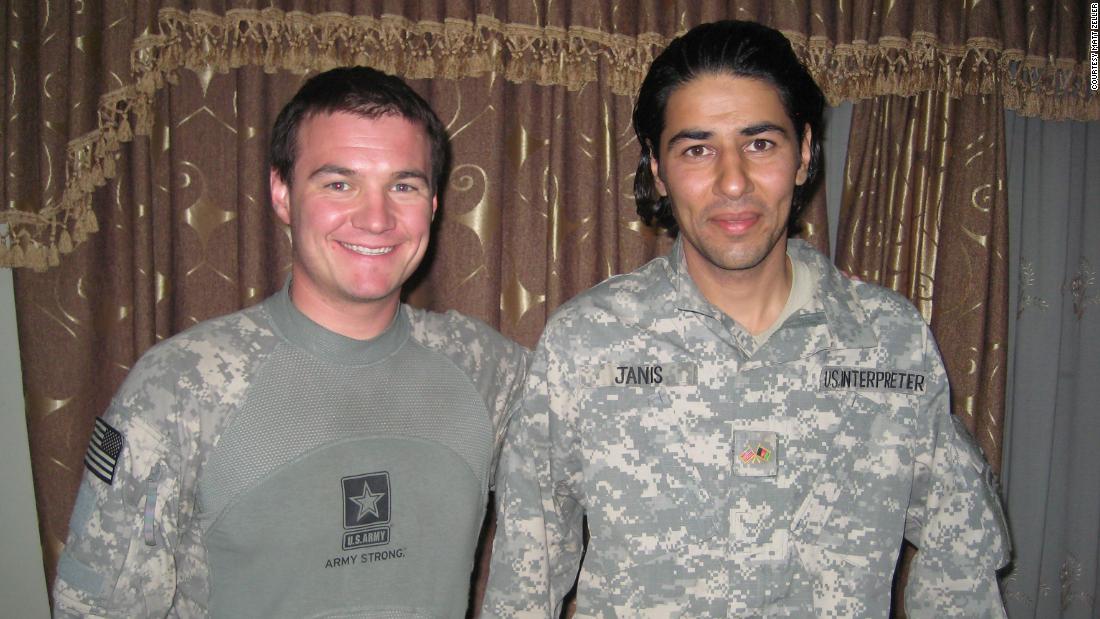 Among those in the second category, we can unfortunately count life-threatening jeopardy to a group of Afghans who hitched themselves literally and spiritually to the United States.

We refer specifically to the Afghans who served as translators and in many other critical capacities — including, for instance, cooks, drivers, electricians, construction workers, base security, diplomatic linguists, cultural advisers and, of course, combat interpreters — during that 20-year period.

They served faithfully and effectively at every level, from working with the senior-most US staff at headquarters to working with squads of US troops patrolling and operating “outside the wire.” They endured the same risks — including to their lives — as our troops did. In many cases, what they did made the difference between mission success or failure, and between being killed or surviving to fight another day. Over these two decades, it’s likely that thousands of US soldiers, sailors, airmen and Marines were saved by the service of Afghan interpreters.

Perversely, the best testament to their effectiveness may be the repeated statements by captured Taliban fighters. They stated that they always sought to kill the translators serving the US military to prevent American soldiers from communicating successfully with the local population and winning their “hearts and minds.”

No One Left Behind

has documented more than 300 cases of interpreters or their family members killed because of their affiliation with the United States.

With the President’s decision to withdraw, the

danger to these interpreters

Afghan contractors who worked with the US military have already said they’re under threat from the Taliban,

. Many interpreters left their homes in rural areas for what they perceived to be the relative safety of urban areas, primarily the largest, Kabul. If the Taliban take over, as many fear, this could mean death for many of these loyal Afghans.

In 2009, Congress, recognizing both the potential threat posed to them, and America’s obligation to them, established

as a legitimate way for those Afghans (or others, such as Iraqis) to leave their native countries, where they were threatened, and resettle in the US. (Among the ostensibly reasonable requirements is for the potential immigrant to produce proof of loyal service and to demonstrate that he or she, and his or her family, have been targeted by the Taliban or another extremist group.)

According to the State Department’s most recent

on the program, there are nearly 11,000 SIV candidates awaiting adjudication of their applications. The information available to us is that part of last year, primarily due to Covid-19 restrictions, only one State Department employee in the US Embassy in Kabul was assigned to process these applications. We hope and trust that this situation has improved.

Applicants must navigate a complex 14-step process, which can take from three to five years to complete; applicants must produce proof of employment and a letter of recommendation from a former US supervisor who may have left Afghanistan years ago. This latter requirement — while seemingly reasonable and understandable — has itself resulted in the death of many applicants, applicants in Afghanistan have told No One Left Behind.

Processing of applications isn’t the only problem; for those who do complete the process, actually settling somewhere can also be difficult. Despite the Biden administration’s supportive rhetoric, the US government does not provide sufficient funding to securely settle the former translators and their families.

, for example, have committed to

comparable to our SIV system. In the US, members of Congress, active and retired generals, and distinguished foreign service offices

have spoken of the need

to recognize our moral and ethical obligations to move quickly to authorize and resettle these loyal former employees, and at a faster clip than the current glacial pace.

Our request is twofold: for the State Department (perhaps assisted by the Department of Defense) to assign more people to process applications, and for the US government contractors who hired, and handsomely profited from the long and loyal service of their employees, to provide financial assistance to those authorized to resettle in the US.

This group of companies includes private security contractors but also firms doing other sorts of work on the ground in Afghanistan — for instance, repairing drones. Any company with a footprint in the country likely has needed local help.

, which serves as an advocacy group for more than 400 US government contractors. The PSC could — and should — forge a consensus among this group of contractors which benefited from the services of these foreign employees, to help them resettle safely and securely in the United States.

This would convey a compelling message not just to the interpreters and their families — but to others as well — that the US will live up to its moral and ethical obligations. It’s an important signal to send, especially when US troops may find themselves in harm’s way in other far-flung countries in the future.

We can — and must — do the right thing here. To do otherwise is to risk the lives of a group of people who long served the United States loyally and effectively.