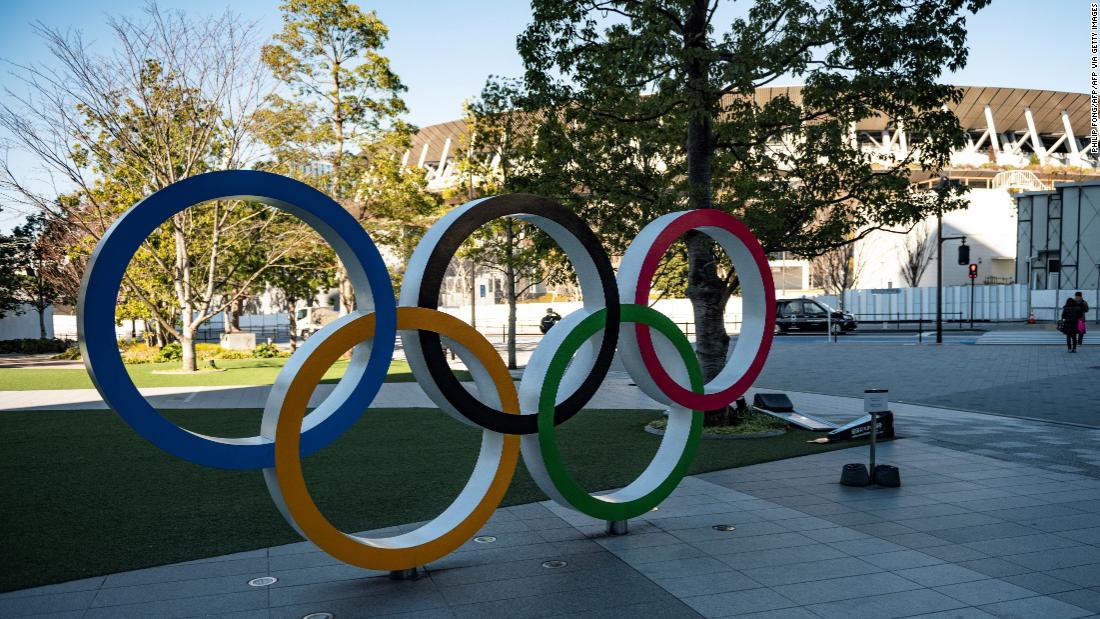 Having already been postponed by a year, the Olympics are scheduled to run from July 23-August 8 and the Paralympics from August 24-September 5, even against the backdrop of a state of emergency in Tokyo and several other prefectures until the end of May and

new coronavirus cases over the past week.

The Olympic torch relay, already impacted by the pandemic, continues its journey across Japan, and four test events for volleyball, diving, the marathon and athletics were staged at the start of May.

More than 11,000 athletes from 207 different National Olympic Committees (NOCs) took part in the 2016 Rio Olympics, and more than 7,800 athletes have already secured a spot to compete in Tokyo.

Vaccine rollout may have increased, but gathering the world’s best athletes for the globe’s biggest sporting event will prove a huge logistical challenge.

What are some of the plans in place?

Given the strict health and safety measures being implemented, this Olympics will undoubtedly look different to any seen before.

In April, organizers released the second version of a

outlining a series of Covid-19 protocols that they said will include “a range of measures to enable the Games to be staged taking into account the evolution of Covid-19 in Japan and worldwide,” in which “every single Games participant has a clear role to play to ensure their own safety.”

Among these are detailed procedures around testing, including all participants being given two Covid-19 tests before entering Japan and athletes and those in close proximity being tested every day after their arrival.

If an athlete returns a positive test, they will have to isolate and will not be allowed to compete, but a further test will be conducted from the same sample if the first test is positive or unclear.

Participants will also have to download two apps for health reporting and contact tracing while in Japan, and athletes will receive a Samsung smartphone upon arrival at the Olympic and Paralympic village to help log health details.

have already been banned from attending the Olympics and Paralympics, and a decision on whether domestic spectators will be permitted is expected in June.

Athletes and officials have been told to wear a mask at all times — except when eating, drinking, sleeping, training or competing, according to the playbook — and have been advised to keep physical interaction to a minimum.

Unless necessary, athletes have been told to use dedicated Games vehicles — rather than public transport — for travel, and not to visit tourist areas, shops, restaurants, bars or gyms. All their meals must be eaten in designated areas.

Athletes are also under instructions to leave Japan within 48 hours after they have finished competing.

A final version of the playbook, given a clearer sense of what form the Games might take, is expected in June.

Will vaccines be required?

Vaccines are being seen as part of the “toolbox” of countermeasures during the Olympics, and the International Olympic Committee (IOC) says it is working with countries to encourage and assist all athletes, officials and stakeholders to be vaccinated.

However, a vaccine will not be required to participate in the Games.

has so far been much slower than other countries. As of May 10, it had administered 4.4 million vaccine doses to its population of 126 million people.

The challenge for organizers is that countries around the world have varying access to vaccines. Some athletes, including

, have also voiced reluctance towards getting vaccinated.

The cost of canceling the Games

Organizers have been quick to quash reports in recent months that the Games are set to be canceled, remaining adamant that they will go ahead as planned.

Japanese Prime Minister Yoshihide Suga has said that decision around canceling the Games rests with the IOC, rather than Japan’s government or the local organizing committee.

that another postponement would be prohibitively expensive for Japan and logistically impossible, especially considering the Beijing 2022 Winter Olympics are now less than a year away.

The IOC is a non-profit organization and distributes around $3.4 million every day to support athletes and sporting organizations around the world.

The Olympics account for a substantial portion of the IOC’s

Close to 75% of the IOC’s funding comes from broadcasting rights, meaning the Tokyo Games would generate much-needed revenue, even without fans in attendance, while a cancellation would prove disastrously costly.

Among the Japanese public, there is a strong feeling that the Games shouldn’t go ahead.

An anti-Olympics petition has gained over 350,000 signatures, while protestors have also taken to the streets to demonstrate against the Games going ahead.

More recently, an IOC press conference on May 12 was interrupted by a protestor shouting “no Olympics anywhere” and holding a banner that read “no Olympics in Tokyo.”

The IOC, however, remains unfazed by opposition from the public.

“We are now very much in an implementation phase with 78 days to go and fully concentrated on delivering the Games,” IOC spokesman Mark Adams

in an online news conference.

“When the Games happen and the Japanese people are proud hosts of an event that will be a historic moment, I think I am very confident we will see public opinion hugely in favor of the Games.”