People aren’t going back to work, and I don’t blame them. I left the office 15 years ago and never looked back. 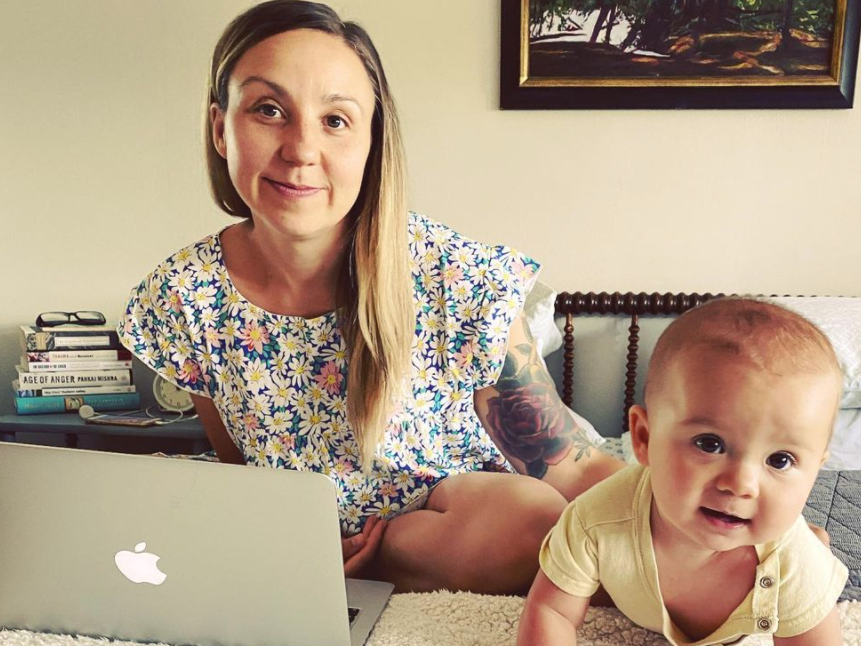 Fifteen years ago, I worked my last "office" job before becoming a freelancer. Around six years later, after the birth of our first kid, it was illogical for me to continue working very much at all. Now, even as the economy reopens amid the pandemic, many people aren’t going back to work, and I understand why.

Thanks to unemployment benefits put in place to ease economic fallout brought on by the pandemic, workers are saying no to exploitative working conditions and poverty-level wages. Other employees are refusing to go back into the office, having realized the personal as well as professional benefits of working from home.

In a country that prides itself on productivity, the refusal to sacrifice yourself to the wheel of work may look and feel unpatriotic. But speaking as someone who’s opted out of the 9-to-5: There’s nothing wrong with slowing down, being selective about your assignments, and sometimes just saying no.

Sometimes work simply isn’t worth it

For most of my life, I’d have done nearly anything for cash. Growing up poor meant one service industry job after another. I washed dishes, worked as a checkout girl, and stocked shelves. I worked at Subway and two different Dairy Queens. For a while, I even sold singing telegrams.

All of these jobs were better than working in an office. At my first salaried office job, my boss was downright abusive, constantly hovering over our shoulders and finding flaws. At the second job, I had no responsibilities and zero supervision, which may sound great to some, but was terribly boring.

Sex work was flexible, and I made a decent wage. But the difficult work was made near-impossible by stigma, and so I became a school teacher. After I lost my teaching job in 2010, I was back to cobbling together gigs and I built a successful career as a freelance writer. Writing is my passion; still, if you think the sex industry is exploitative, try hassling an editor for a $150 check six months after you’ve turned in the assignment while simultaneously caring for two young kids.

Some employers and lawmakers have suggested that people refusing to work are lazy, and living high off entitlements. But there’s a key word in there: entitlements.

In other countries it’s a given: Citizens are entitled to things like adequate housing, healthcare, and food. In other parts of the world, childcare is deemed a necessity. In this country, even gainfully employed folks can’t afford to pay their bills, or hire someone to watch their children while they give their best to their employers.

Jobs where you’re treated poorly by bosses and customers. Low wage jobs with unpredictable schedules in areas with unaffordable housing. Jobs on top of the unpaid job of watching their kids.

We’re realizing we don’t have to work shitty jobs, and our jobs shouldn’t make us feel shitty

A recent study found the majority of respondents would look for a new job if the work from home policies put in place during the pandemic were rolled back. Only 2% of people surveyed said they’d want to go back to their cubicles full-time.

As a formerly full-time work-from-home employee, I understand completely. The freedom and other benefits I discovered when I stopped commuting to an office were innumerable. I’d sooner go back to singing telegrams than work a traditional 9-to-5.

For the past year and a half, pandemic unemployment assistance has meant additional freedoms. Our economy relies on childcare and so, the way I see it, this is money I should’ve been getting all along. When I work — like I’m doing right now, writing this article — it’s because I choose to. That’s the way it should be.