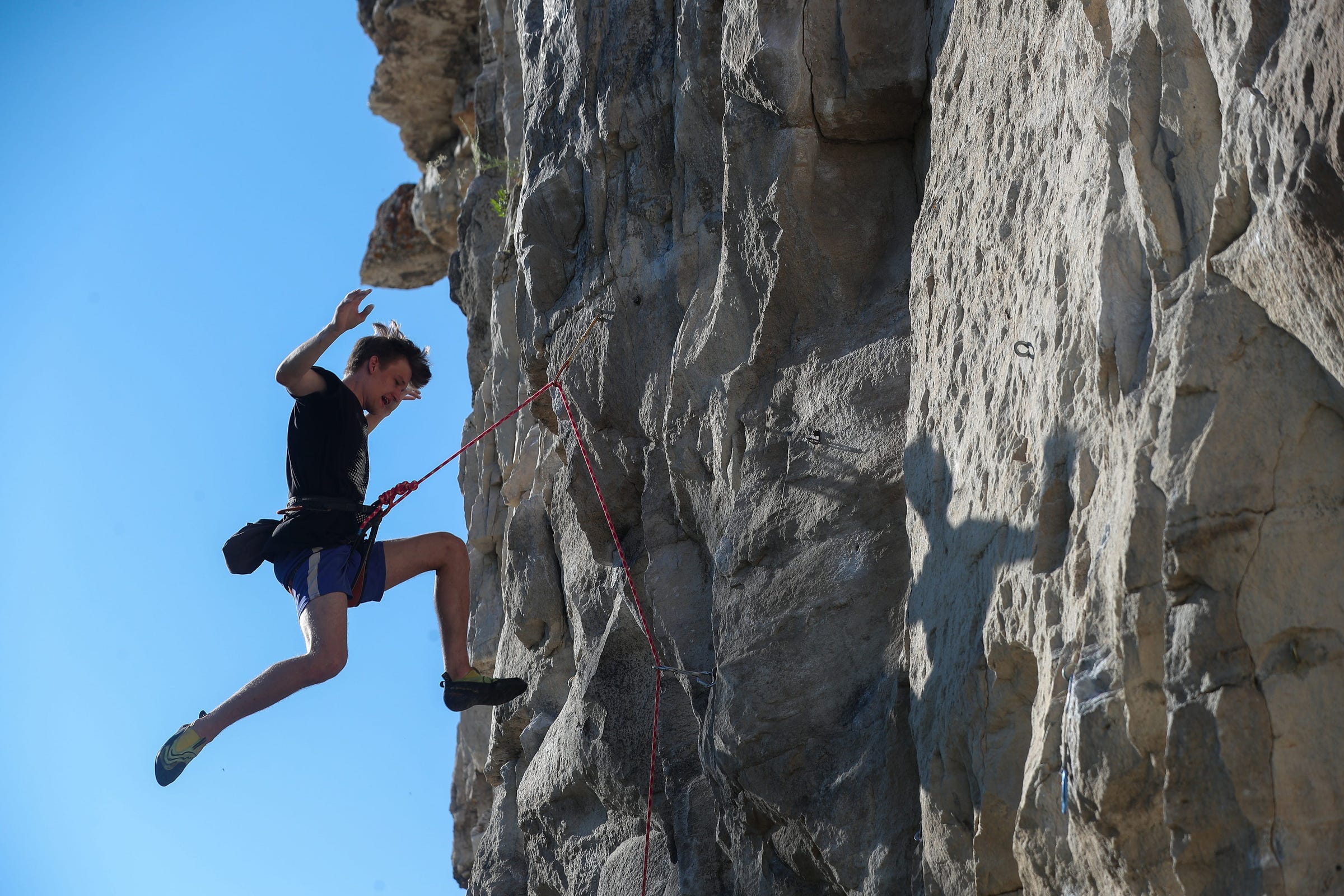 Sydney Dunham, a 20-year-old student at Colorado College, embarked on her first rock-climbing trek this January as she and her friends drove to the limestone cliffs on Shelf Road, CO.

"I fell halfway through, I really didn’t think I could go any further," Dunham told Insider. "But I decided to muster all my remaining strength and give it one final go … finishing that climb was one of the most intensely satisfying experiences of my life."

Dunham, like many others, decided to pick up a new hobby during the pandemic. Searching for a thrill beyond bread baking or crochet, she joined a bouldering gym close to her college.

"Throwing myself into climbing became a way of releasing all the built-up tension from being cooped up during the pandemic," she said. "I felt an extreme sense of excitement at just being able to try something new, especially something that pushed me as a person."

Rock climbing is just one sport fueling the adventure economy, an industry with an estimated 490 million participants. The most popular activities include ziplining, rafting, rock climbing, hot air ballooning, and sky diving.

Alistair Gosling, CEO of the adventure sports company Extreme, told Insider that he has seen a "major increase" in adventure and extreme sports around the world.

Gosling believes that the significant change in consumer demand for more adventurous activities is a result of last year’s indoor confinement during the COVID-19 pandemic.

NY Zipline Canopy Adventure Tours told Insider that it has more customers than ever and typically sells out a week or two in advance. Owner Bradd Morse said the main challenge is staffing — he usually requires 70 employees but was only able to hire 28.

"Maybe people are just saying ‘you know what, I’m going to check this off, I don’t know how long life is here for,’" Dr. Luana Marques, an associate professor of psychiatry at Harvard Medical School, told Insider. "I think the reality of that uncertainty may push people to do more risky behaviors."

Research shows that when people arrive at a skydiving facility, they feel high levels of stress and anxiety. However, immediately after landing participants experience "peak happiness," as the brain is flooded with adrenaline and dopamine.

"Although we don’t have concrete data that documents that the percent of people seeking extreme sports is higher now compared to before the pandemic, we could hypothesize that people’s constant reassessing of their lives over the past year … might lead people to want to live more in the moment and to take higher risks," Marques said.

Companies supplying the adventure-sports industry, such as GoPro, have also seen huge spikes in revenue. GoPro’s May 2021 earnings show a revenue increase of 71% year-over-year, totaling $204 Million. The company’s best-selling product was the Hero9 Black, a $400 action camera.

Extreme said 2020 extreme-sports equipment sales were double those of the year before, leading many stores to sell out. According to a Research Dive report, the global adventure-tourism industry is projected to more than double over the next six years.

"I appreciated the bread baking and self-reflection that came with the isolation of the pandemic," Dunham said. "But that also built up to a need to get out there and live life to its extremes."