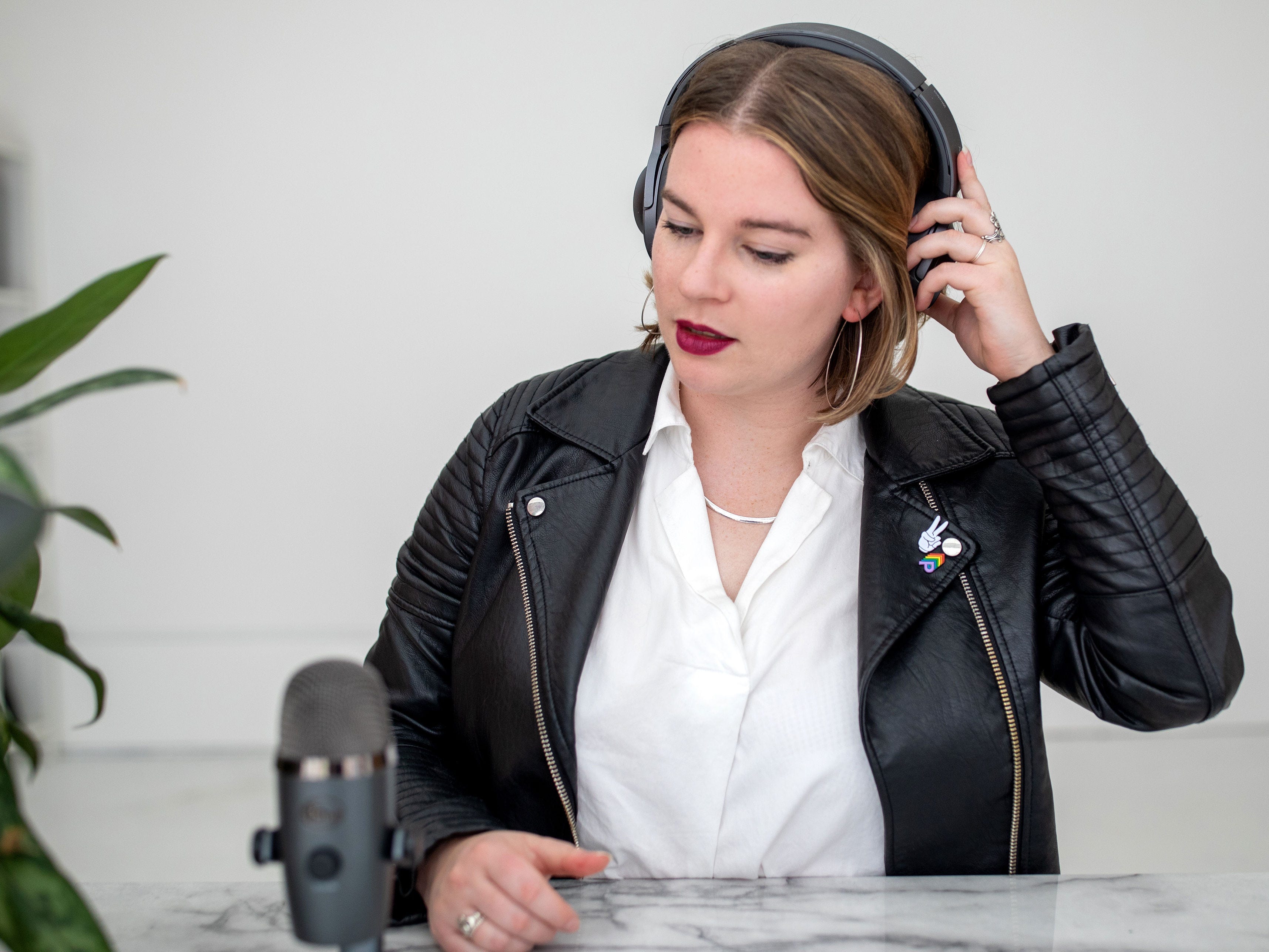 Earlier this year, Dunlap explained to Insider how she earned $300,000 through affiliate marketing deals and by promoting her personal-finance guides on TikTok, where she has 1.6 million followers who look to her for tips on how to take control of their finances.

Building on her TikTok success, Dunlap launched a new podcast, "Financial Feminist," in mid-May. Within its first week of launching, the podcast hit the No. 1 spot on Apple’s US business chart for six days, data from the analytics firm Chartable showed. At the time of writing, the podcast sits third in Apple’s US business chart and first in Spotify’s.

1. Record by season rather than sticking to a weekly, year-round schedule

Dunlap started recording episodes for the first season of her podcast in February before officially launching in May.

"It made more sense for us to do a season rather than a consistent schedule," Dunlap said. "Doing an episode every week traps you, and you can’t really take a break that way."

The first season of "Financial Feminist" contains 12 episodes published over six weeks. Each week, Dunlap releases a 15-minute episode to explain the topics of the forthcoming main show, where she interviews a guest.

Dunlap said this format can help add momentum to the podcast and help with chart positioning for later shows.

She said she didn’t pay for any promotion or advertising for "Financial Feminist," nor did she work with a podcast network. Dunlap credited her success to organic growth from her social channels, on which she heavily promotes the podcast.

3. Leverage any audience you already have

Dunlap had already grown a profile online, so it was easier to get an audience on board with a podcast than someone who hasn’t already established a large following. But, she said, "the audience relationship is about building trust rather than quantity."

"Hopefully, you’ve done enough work where you’ve built trust with the audience you already have, where they want to hear more from you," Dunlap said.

Being honest with your audience helps, too, she said. "I know it sounds ridiculous, but just ask for their support." 4. Make sure your guests add something to the conversation

Dunlap didn’t want the podcast to act as an echo chamber.

"As a white woman, I didn’t want to just highlight white women," she said. "We wanted to highlight diverse stories."

Guests appearing on Dunlap’s podcast so far have included Moji Igun, a zero-waste consultant, and Sallie Krawcheck, the CEO and cofounder of Ellevest, a digital-first financial company aimed at women.

"We also didn’t want to just give actionable advice, but give nuance, too" she said, adding that the podcast aims to showcase real-life examples of financial experiences and pitfalls, rather than Dunlap herself simply offering a checklist of advice.

5. Podcast sponsorship rates can be low early on. Find advertisers who understand the podcast’s mission.

Dunlap worked out the industry average for what her podcast could expect to earn from advertisers, based on CPM prices, or cost per thousand listens. AdvertiseCast, a podcast-advertising network, said the industry’s average rates for podcasts with 10,000 listeners are at an $18 CPM.

Dunlap worked with brands she already had a relationship with from her other social-media work.

"They knew what we believed in and could offer us flexibility," she said. "Sponsorship is something important to us, but was low on the totem pole in terms of making sure the show got out."

The podcast’s sponsors so far have included Personal Capital, an online financial advisor and personal-wealth management company, and Armoire, a clothing-rental subscription company.