Pret a Manger workers are reportedly threatening to strike, forcing the chain to reconsider some permanent pay cuts 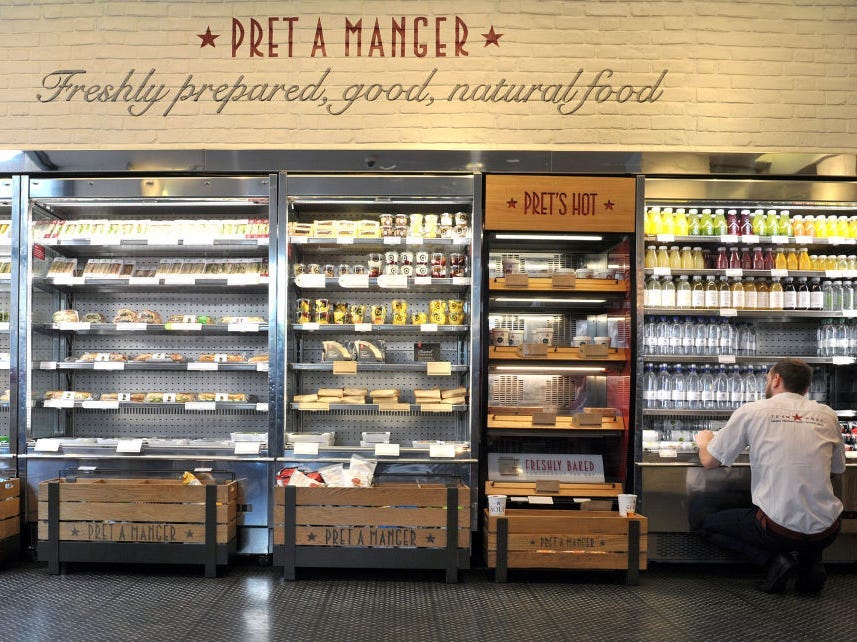 Workers at Pret a Manger UK have reportedly threatened to strike after the coffee chain announced that temporary pay cuts would be made permanent.

On July 12, The Guardian reported that Pret workers were informed via email they would no longer be paid for breaks, and that a £1 ($1.38) service bonus would also be permanently reduced.

Both measures had been introduced in July on a temporary basis as a result of the pandemic.

The £1 service bonus can see employees earn extra based on feedback from mystery shoppers. It was initially scrapped last summer, before being reinstated at a reduced 50 pence (60 cents).

Employees were reported to be threatening strike action next month as a result, The Guardian reported.

In response to the strike threat, the newspaper reported Pret CEO Pano Christou emailed workers to say the bonus would be restored to £1 from September, but the cut to break pay would remain.

"It’s taking longer than we had hoped to get sales back to what they were before the pandemic, which is why we’ve had to make some difficult decisions about how we reward our hard-working teams," he is quoted as saying.

The newspaper estimates that the reverse will still see the average worker, many of whom earn a basic hourly minimum wage of £8.91 ($12.31), subjected to a 6% cut in their pre pandemic pay for an eight-hour shift.

Pret a Manger is synonymous in the UK with the office lunch and, like other chains catering to workers, has suffered during the pandemic. Many of its sites are based in city centers and transit hubs, both of which continue to experience reduced footfall.

The firm earlier this year took a cash injection of £185 million ($255 million) from investors, led by majority shareholder JAB holdings. The chain has announced job cuts and store closures through the pandemic.

In response to the pandemic CEO Christou —who started at Pret 20 years ago as a barista before rising through the ranks to become CEO — has attempted to pivot the business through a number of initiatives.

One has been the introduction of a subscription offering. More recently the chain revealed a trial to place cafes in grocery giant Tesco to adjust to the changed consumer trends.

One worker told The Guardian they now have "more work, more effort, more stress" as a result of the coffee subscription, which enables customers to claim up to five coffees a day for £20 a month.

While agreeing that the compromise was a good improvement, another worker told the Guardian that they’re still contemplating whether to follow up strike action.

Many hospitality workers have complained of pressurized working conditions as a result of the pandemic — and have been quitting in record numbers in the US.

Many have complained of abuse from customers whom have reached "boiling point". Others have said that low pay and a shortage of labor is making their day job stressful.