Returning to the office isn’t for everyone — but for some, it could be the cure for burnout 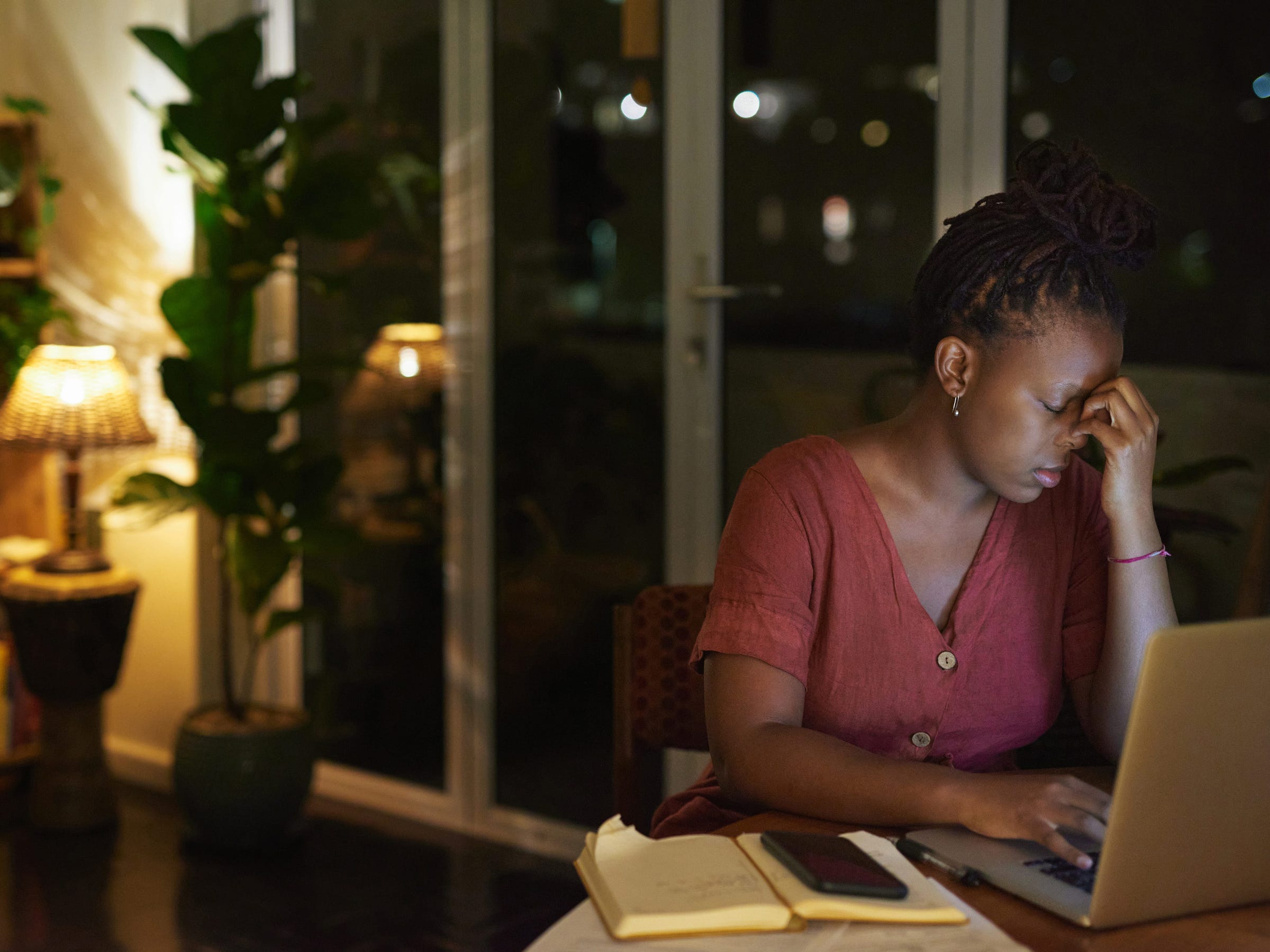 With only the slightest stretch, Wyatt Carney can get from his bed to his "home office" — a cramped desk nook that sits flush against his footboard — without his feet touching the floor.

"My laptop is the first thing I see in the morning and last thing I see at night," said Carney, an account executive at a public-relations agency who asked that his middle name be used for privacy reasons.

It’s one of the many reasons Carney, 26, who shares an apartment in South Boston with five roommates, is feeling burned out by the pandemic-induced work-from-home era. "Work is always on my mind; when I am trying to fall asleep, my brain is still churning."

Starting this month, his company’s offices will reopen two days per week. Carney is already fantasizing about what will surely be a heady return: commuting on the No. 9 bus, popping out for a sandwich with a coworker, and — best of all — shutting down his computer at the end of the workday and leaving it there. "I can’t wait," he said.

While many people have reveled in the freedom and flexibility of working from home, plenty of others feel overworked, underslept, and burned out. Some see going back to the office as a potential solution. Returning to work is not only a way to break free of their WFH isolation, but it’s also a means of reclaiming work-life boundaries and reducing the stress of toggling between their domestic and professional obligations.

"The COVID-19 crisis has left much of the American workforce feeling emotionally exhausted," Leah Weiss, a lecturer at Stanford’s Graduate School of Business, told Insider. "Going into an office may be a way for a lot of people to get their lives back."

Positioning the return to work as a potential cure for burnout is an idea that could gain traction — for better or for worse — at a time when many organizations face resistance from employees with little interest in commuting to an office five days a week.

When it comes to remote work, there are two basic types of people, according to a study in the Nordic Journal of Working Life Studies: integrators, who don’t mind blurring the borders between their professional and personal lives, and segmenters, who prefer strict boundaries.

Segmenters, not surprisingly, have had a lot of difficulty working from home during the pandemic. Role conflict, the tension of having to juggle multiple roles and identities, takes an emotional toll, said Weiss, who’s also the founder of Skylyte, a company that specializes in neuroscience and behavior change.

But integrators also struggled. She recalled her own personal experience of once leading a 150-person talk on Zoom, when her 5-year-old son wandered into the room demanding her attention. Others were understanding, but Weiss was distracted. "As much as I’d love to be a woke, integrated momma, it’s hard," she said.

Indeed, parents of young children disproportionately suffered stress, anxiety, and burnout during the pandemic. "Many parents were not only having to still work their regular positions in the new online environment, but they also had to become teachers, IT experts, recreational and activity coordinators, house cleaners, and cooks," said Debra Kawahara, an associate dean at the California School of Professional Psychology at Alliant International University.

That might explain why many of them are itching to go back to work. "About 63% of people with kids under 12 want to return to the office, compared to 51% of parents with older children and 38% of those without children," according to a survey from Haven Life, a division of MassMutual.

Some working parents say that going to and from an office allows them to psychologically engage with, and detach from, their jobs.

Meir Sabbagh, a vice president at Haymaker, a New York City-based branding firm, became a father at the start of the pandemic. At first, he was grateful to work from home alongside his newborn. "I got to be around my daughter a lot more than I would’ve following my paternity leave," he said.

But the challenges of feeding, diapering, and soothing a baby when he was also expected in meetings quickly became apparent. "I was pulled in different directions," he said. "I tried to tend to family matters during the day, but then I still had all of the work I needed to get done waiting for me."

Sabbagh said the office, which he now goes to two days per week, offers salvation. "It shifts my state of mind and puts me into a work mode," he said.

Brian Turner, the head of technology at ConvertBinary, a software company, said he, too, is eager to switch into work mode — and off mode. Turner, who’s been prone to overwork during the past 15 months, said he hopes that returning to an office will help him regain control of his work-life balance.

"Having a place to go and defined working hours — knowing I will get started at 9 and finish up at around 5 — will solidify my home as a space for recreation and relaxation, and the office as a place for productivity and focus," he said.

Making the office a place that employees want to come to

To be clear, the pandemic’s forced WFH experiment was a great success for a lot of people. It revealed new ways to live and work, and many employees thrived. They do not want to revert to the Before Times, at least not every day.

But for those who are less enthralled by the experience, the office is a beacon that promises to free them from the tyranny of overwork and burnout and lets them see their work friends to boot.

Still, experts say that employers should be careful about overselling the benefits of the return to work. Jen Fisher, Deloitte’s chief well-being officer and the author of, "Work Better Together," pointed out that even employees aching to get back might be disappointed.

"I think we’re forgetting the bad and remembering the good," she said. "The office wasn’t perfect, and it’s not a solution for burnout."

Fisher recommends leaders think creatively about how to make the workplace of the future a destination that employees want to come to, not just a place to do tasks. "The office should be a space that draws people in because it benefits them somehow — they can connect with coworkers, develop their careers, or collaborate with other teams."

Importantly, she added, organizations must also engage their employees to uncover better, more humane ways of working. "Leaders have to lead here," she said.

Jim Harter, the chief workplace scientist at Gallup, said managers should customize work plans, locations, and schedules for their employees. "They have to balance the needs of the organization against their employees’ strengths, how and where they function best, and the life stage they’re in," he said. "There should be a framework for what’s possible within the organization, but they need to individualize it."

Meanwhile, Carney is already dreaming about how he’ll replace his bedroom office nook. "Maybe a nice reading chair or an electronic drum set," he said. "That’d be cool."