See what Amazon workers make in cities across the country like New York, San Francisco, and Austin 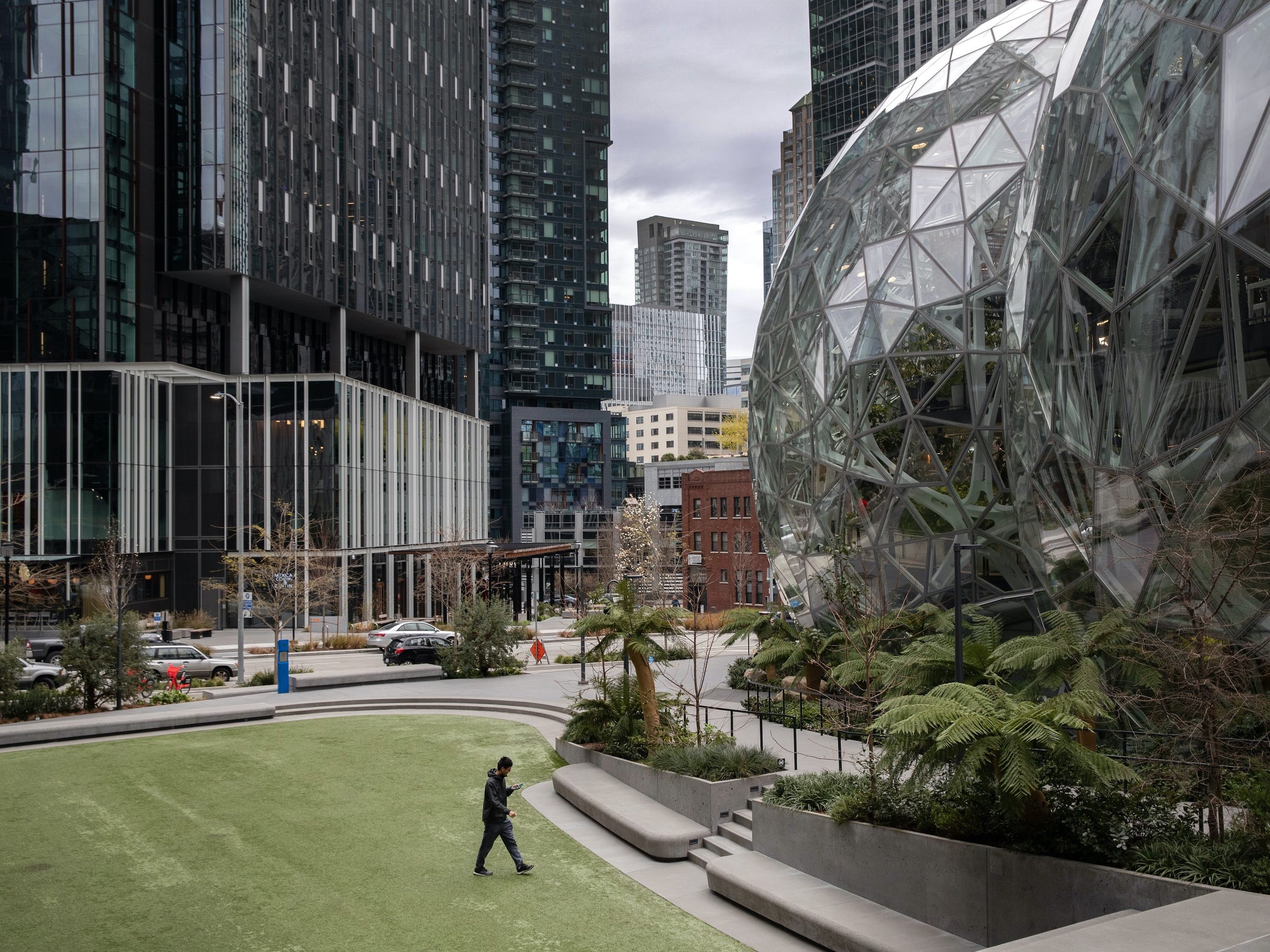 Amazon has grown from an online bookstore to an e-commerce and cloud hosting behemoth, with a footprint in all 50 states, much of the world and even recently, by virtue of its sister company Blue Origin, the edge of space.

Amazon’s workforce now numbers well over a million, and after touching down last week from his flight to space, Bezos thanked them all for their contribution to his journey.

Lucky for Amazon’s employees, they get paid for their trouble as well.

Insider has built a searchable database of over 250,000 salaries from more than 250 companies to compare how much different employers pay. The data is compiled from disclosures that companies have to file with the USCIS when they hire immigrant workers, which does create certain limitations on the data.

We’ve used the data to analyze Amazon salaries across the country, comparing pay in ten of the company’s largest corporate strongholds across the US.

The data doesn’t include the logistics and warehouse employees that help to operate the company’s numerous warehouses, or the largely, independently-contracted fleet of delivery drivers that bring your packages to your front door. The company doesn’t hire foreign labor for these posts, instead relying on American residents for these roles.

Instead, these salaries are largely focused on Amazon’s technical and managerial staff. They do not include equity grants or bonuses, which can be major factors in tech workers’ salaries.

The data is dominated by four Bay Area and Silicon Valley cities, unsurprising in an environment where tech giants attempt to outbid each other constantly for the top tech talent. Palo Alto takes the lead with the highest median salary of $168,000 according to our data, but San Francisco, East Palo Alto, and Sunnyvale lag behind.

New York City takes the five slot as another high cost-of-living metro. New York was one of two cities supposed to host Amazon’s HQ2, supposedly bringing 25,000 new employees to the city, before a grassroots campaign prompted the company to cancel its plans to expand to the city. Still, the city is one of Amazon’s major employment hubs.

The seventh and eight slots are both in the Seattle area, the home of the company’s original headquarters, where the company has the most of its corporate employees. The ninth slot is held by Herndon, VA, a north Virginia town near DC, where the company operates part of its global corporate business.