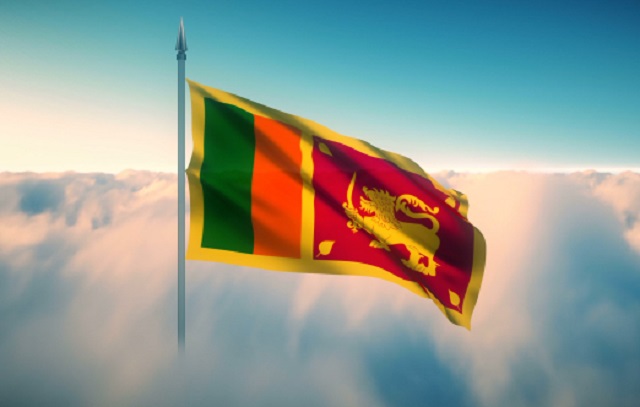 The crisis facing Sri Lanka is much bigger than the cumulative sum of all the crises it has faced from time to time since independence.

At present Sri Lanka lies in a pathetic state in which the cogwheels of the socio-political system, the economy and the State machinery itself have ceased to function due to extreme degeneration of all facets of the entire system. The attempt to gyrate the cogwheels by using the military has proved to be unsuccessful.

A breakdown of this magnitude is very rare and does not usually occur in any country. When such a situation arises it is important that the entire institutional system is subjected to a systematic structural reform process to remedy the situation and overcome the crisis, without delay.

Usually the weaknesses inherent in the system as well as the flaws in the way the system is being maintained contribute drastically to the failures of this nature. Both these reasons seem to have contributed to the crisis and the failure of Sri Lanka.

Failure to perceive the truth

The lack of a practical vision on the part of the Head of State and the conventional and alternate political leaders in overcoming the failure of the country is obviously the most unfortunate feature of the apparent reality of Sri Lanka.

So much so, not even a concept paper has been written by them or the scholars on it; there is no sign of any effort being made to analyse the crisis objectively and taking it as a whole. They all seem to believe that all these problems would get solved automatically and spontaneously if the President Gotabaya is defeated and another suitable president is appointed.

Ostensibly some of them have understood this situation as a special case associated with the failure of President Gotabaya. While the failure of Gotabaya might be true, in view of the current context, even if another conventional leader is installed in the position which is currently being held by him, the outcome of it will be insignificant. Such a move may bring about only a quantitative change and not a qualitative difference.

We must realise that the current crisis in Sri Lanka is not a special situation created by Gotabaya himself, but an outcome of an unchecked scenario gradually developed over a long period. Perhaps Gotabaya’s rule might have contributed to accelerating the momentum of the passage to failure.

A breakdown of this scale cannot occur in a country which possesses at least an average level of critical intelligence, except in a country that has lost a great deal of it. The intellectual decline of the country as a whole is not a thing that has happened suddenly after Gotabaya assumed power; it is a result of a systematic process that has been taking place over a long period of time. The opening scenes of some of the hilarious comedies and dramas that are being staged today were in fact rehearsed during the Regime of Good Governance.

It was the President of the previous Yahapalana Government who brought back Upali Abeyratne, a contemptible character, to the forefront. When the President appointed the latter to probe into the corruption of the Yahapalana Regime, the leaders of that regime did not object or question as to how a person with a disgraceful record could be appointed to such a responsible position except for endorsing it respectfully.

It was also during the Yahapalana Regime that the Ven. Athuraliye Rathana Thero came up with a State-sponsored program to phase out the use of chemical fertiliser and switch over to organic fertiliser. The amount of money spent on that stupid program must be huge.

If the country is to be redeemed from the current pathetic situation, it is important that we adopt a broader national perspective rather than sticking to narrow party perspectives. This is not a problem that the government alone could overcome. It is a problem that should be overcome by a common national effort that includes all parties concerned.

Groping in the dark

The more the delay in finding a solution to the crisis, the greater will be the price the country has to pay for it. It can lead to a situation in which the moral foundations of the political system could be shattered completely; recognition of the bureaucracy can be eroded totally. The country could even be plunged into a severe food shortage or a famine if the foundations of agriculture collapse. Similarly, if the foundations of the industries collapse, it will inevitably involve a payment of an enormous compensation to rebuild them.

If this situation persists without a sustainable solution, what happened in the Tamil north could happen in the Sinhala south as well. Sri Lanka might become a place devoid of professionals and educated people needed for efficient management of the affairs of the country as educated, skilled, competent and wealthy people will tend to flee the country looking for greener pastures.

In this backdrop, the Government should create a suitable platform for all parties to come together and have a common dialogue on the situation. If the Government is not prepared to do so, at least the Opposition must take the initiative, join hands with the Government, and embark on a pragmatic program to overcome this challenge.

If the Government tends to be restrictive and aggressive not allowing for a common solution, the Opposition must act as an emerging force to be reckoned with. If both these groups are not ready to do that, then a third party should come forward and take the responsibility into their hands.

The crisis facing Sri Lanka is much bigger than the cumulative sum of all the crises it has faced from time to time since independence. But no matter how big it is, it can still be considered as one that can be overcome by unleashing a larger and concerted national effort.

It is not difficult to identify the main causes of this crisis. The main reason for this is the failure to build the Sri Lankan nation within a framework of thinning out the recognition accorded to racial, caste and religious differences and treating everyone who has chosen Sri Lanka as their homeland as equal, and giving equal rights and dignity to all the people living in the country. It was the main cause of the horrific bloodshed in the country.

The loss of recognition for the rule of law, and the plundering of public property assuming a permanent feature in the public administration are among the other major factors contributing to the great depression in Sri Lanka. The overwhelming debt crisis also can be seen as a by-product of the final crisis itself.

Sri Lanka will definitely be able to overcome this crisis if, at least, it would be able to launch a program of structural reform aimed at resolving the three key issues outlined above, with a common national consensus. By that it would certainly be possible to recreate a new state in which the rule of law reigns and establish a new socio-political system whilst at the same time building the nation.

The best way to achieve such a transformation would be to adopt the system of participatory or public constitution making which has been successfully implemented by South Africa or Rwanda. The South African Constitution of 1996 is widely regarded as a model constitutional text; likewise the process by which it was made has been hailed as the key part of the successful transition from the oppressive apartheid system to a democratic society.

Participatory constitution making is acknowledged as the model of the constitution making for the 21st century; it has been recognised by international law as well. Those interested in acquainting themselves with this method are recommended to read the article titled ‘Democratic Constitution Making’ by Professor Vivian Hart.