Tea-growing areas to be badly hit if global heating intensifies 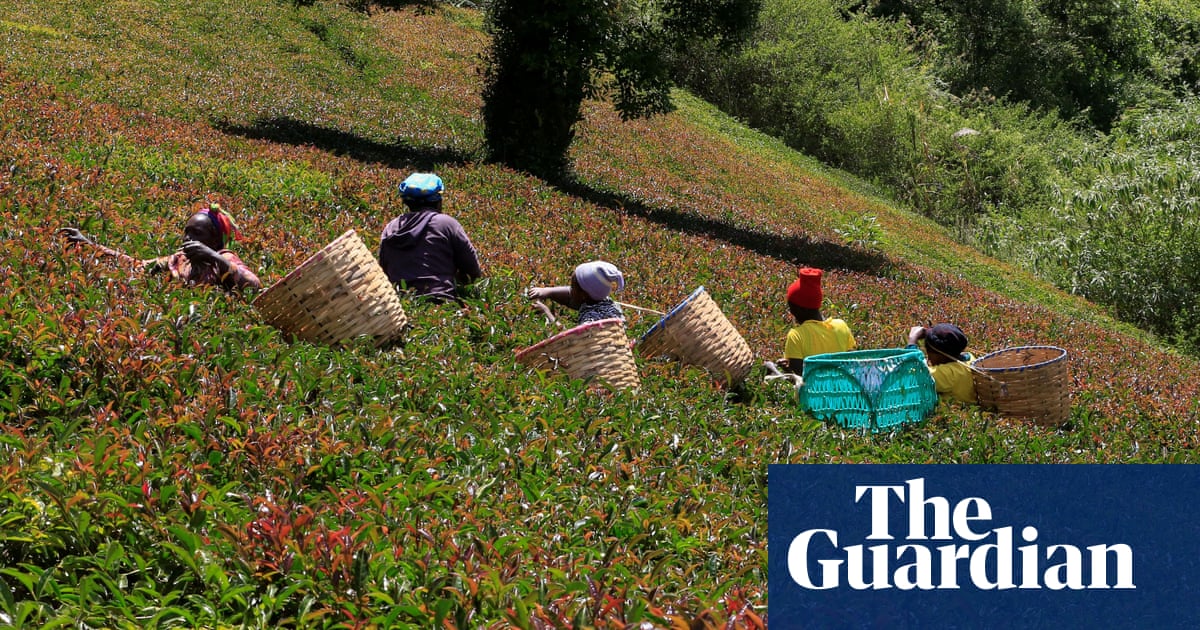 Your morning cup of tea may never taste the same again if global heating increases and the climate crisis intensifies, according to research.

Some of the world’s biggest tea-growing areas will be among the worst hit by extreme weather, and their yields are likely to be vastly reduced in the coming decades if climate breakdown continues at its current pace. Floods, droughts, heatwaves and storms are likely to have a severe impact on tea-growing areas around the world, according to a report from the charity Christian Aid.

• Temperatures stayed over 34C for six consecutive days last week in the UK, the longest such run since comparable records began in the 1960s

• Spring was the sunniest on record in the UK, even as millions of people were stuck indoors by lockdown. There were more hours of sunshine than in any year since the series began in 1929, and May was the driest in more than a century

• February was the UK’s wettest ever, with 202.1mm of rainfall as storms battered the country

• July was unusually wet and cool

• In April, meteorologists forecast that 2020 would be the world’s hottest year since records began

• Last year was Europe’s hottest on record, with 11 of the 12 hottest years on record having occurred in the past two decades

• Siberia has experienced temperatures more than 10C above average this summer, in an Arctic heatwave that has alarmed scientists

• Last summer, Arctic sea ice was at its second lowest extent on record. This year may surpass records, and recent research suggests Arctic sea ice is on track to disappear in summer by 2035

• Antarctica hit a record high of 20.75C in February, recorded on Seymour Island by Brazilian scientists, at the close of its summer

• The last decade was the earth’s hottest on record

In Kenya, which produces close to half of all the tea consumed in the UK, the area of optimal tea-growing conditions will be reduced by more than a quarter by 2050, while about 39% of areas with medium-quality growing conditions are facing destruction, according to the report.

Even before tea plantations are wiped out, however, tea drinkers may notice changes on their palate: the impacts of flooding and the increased rainfall forecast in many tea regions will be to change the subtle flavours of the tea leaf, and potentially reduce its health benefits.

Waterlogging can prevent the ecological cues that cause the plant to release chemicals that enhance the flavour of tea, and that create its antioxidant properties, prized as a potential health benefit by tea drinkers. These aromatic compounds, called secondary metabolites – which may also help boost the immune system and have anti-inflammatory properties – are also diluted when the plant receives too much water, resulting in leaves of lower quality and less tasty tea.

Kat Kramer, climate policy lead at Christian Aid, said: “You will lose the delicate nuances of flavour, the things that make tea so special. It’s like taking the herbs and spices away from a recipe – you will not get the same richness of flavour.”

Tea-growing areas in India, China and Sri Lanka are also likely to be affected, according to the report. Tea is also a major employer, with more than 3 million people in the sector in Africa alone, but tea farmers interviewed for the research reported that many young people were seeking alternatives to tea plantations, worried about the future.

Richard Koskei, 72, a tea farmer from Kericho in the western highlands of Kenya, told the researchers: “For generations we have carefully cultivated our tea farms, and we are proud that the tea we grow here is the best in the world. But climate change poses a real threat to us. We cannot predict seasons any more, temperatures are rising, rainfall is more erratic, more often accompanied by unusual hailstones and longer droughts, which was not the case in the past.”

Christian Aid is calling for Boris Johnson to forge a deal that would strengthen global greenhouse gas emissions, at the Cop26 climate summit to be hosted in Glasgow this November. The charity also wants rich countries to provide poor regions with financial assistance to help them cope with the impacts of climate breakdown and extreme weather.