Teenage girl found in boat drifting for 22 days at sea 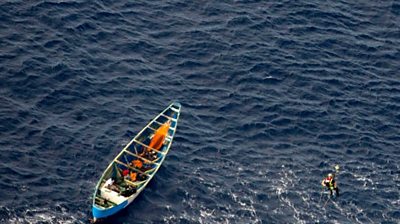 A 17-year-old from Ivory Coast has shared her incredible story after surviving at sea for three weeks with no food and by drinking seawater.

Out of 59 passengers, Aicha is one of only three to survive – she spent 10 days in hospital.

Aicha left her hometown in November and travelled to Mauritania, where she got the boat. Only her older sister knew of her plans to make the perilous journey.

She was rescued by a Spanish Air Force crew member, who she has now been reunited with.