The ‘Baby Birkin’ NFT Is Even More Exclusive Than Hermès’ Bags 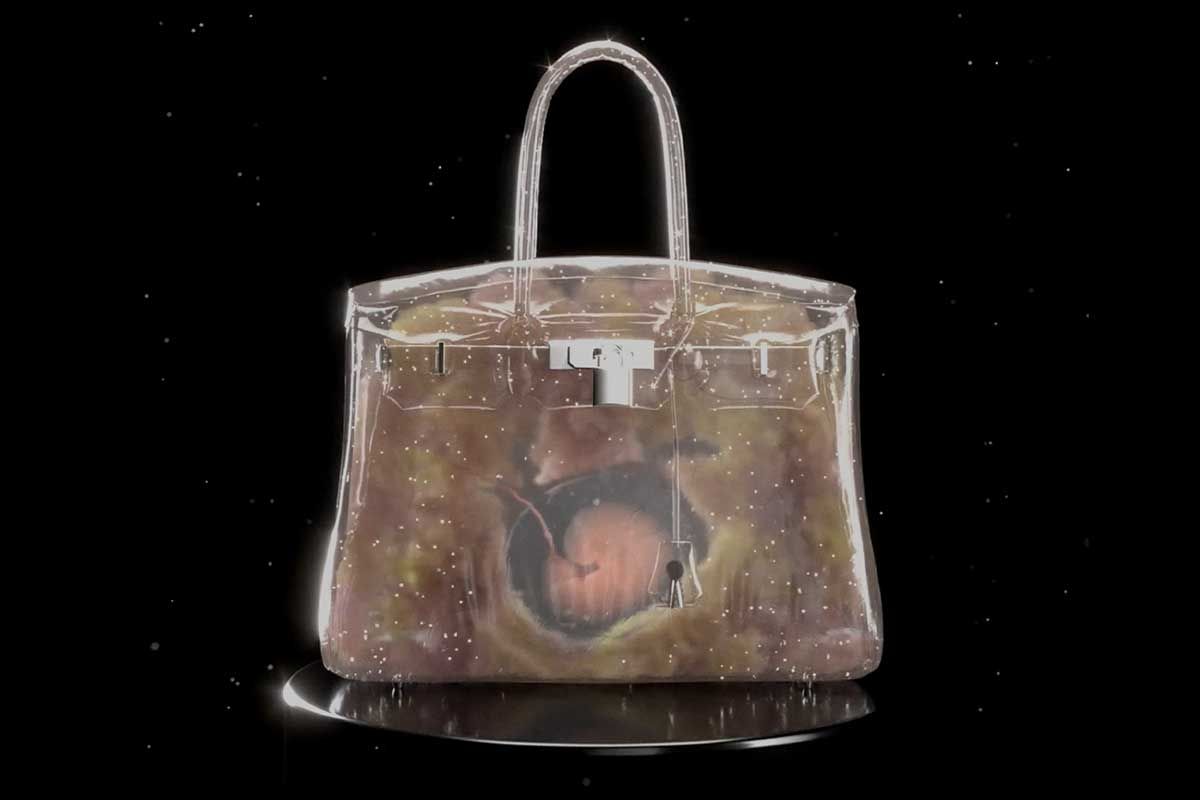 We already knew that NFTs can be basically anything: sneakers, digital T-shirts, memes. However, we did not know that they could also be 3D animations of Hermès Birkin Bags 40 weeks pregnant with a child, but here we are, thanks to artists Mason Rothschild and Eric Ramirez, who are currently auctioning off their 2000×2000 animated Baby Birkin.

Sold by member’s-only e-commerce platform Basic.Space, which recently helped Naomi Osaka sell a charitable NFT, Baby Birkin is a riff on Hermès’ most famous handbag, the Birkin. Named for French actress Jane Birkin, the Birkin is one of the luxury industry’s most exclusive accessories, with a mysterious (and possibly nonexistent) waitlist, imposing price tag, and extreme scarcity making it incredibly hard to purchase from Hermès. The company knows this, of course, intentionally limiting the number of “holy grail of handbags” it makes and sells each year to manipulate demand.

Even still, Baby Birkin may have the OG Birkin beat, considering that it’s a one-of-one digital commodity exclusively available via the ongoing auction. It may even be cheaper, given that even small Birkins retail for at least $9,400 USD and Baby Birkin is currently going for just under $2,000. You may not be able to flex on average folks by toting the Baby Birkin around, but the .wav file is big and immersive enough with its spacey sound design that you could just hit fullscreen, close your eyes, and imagine you’re hanging out with that baby in your very own virtual Birkin.

Join the Baby Birkin bidding on Basic.Space’s website. Worried about environmental impact (and justifiably so)? Dapper Labs is on board to minimize Basic.Space’s NFT carbon impact.