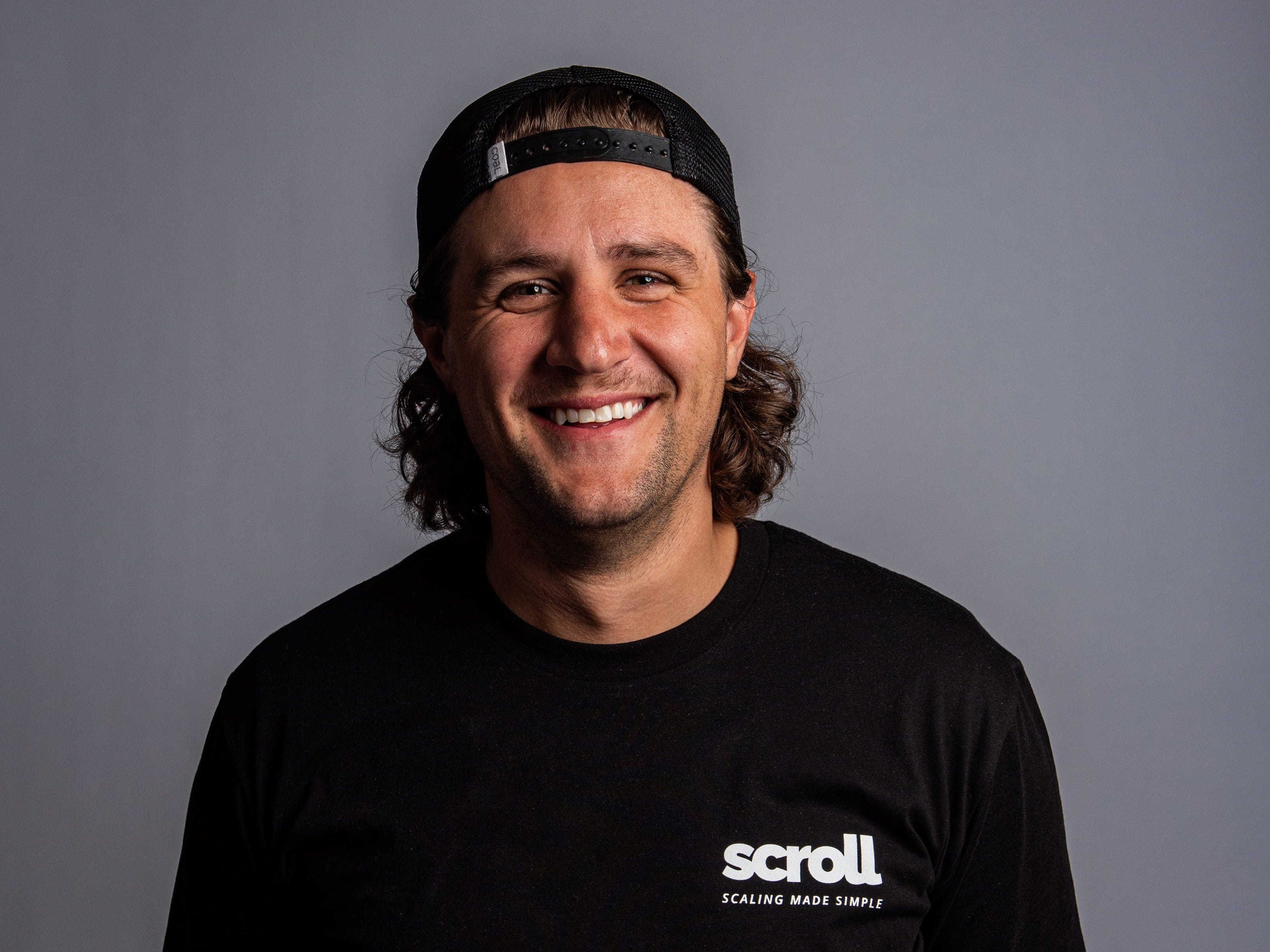 Shane Hickenlooper was frustrated with the arbitrary nature of work. At previous jobs, he arrived in the office every day at 8:30 a.m. sharp, dressed in business casual.

To make up for the monotony, many of the companies he worked for offered perks like ping-pong tables to give the appearance of a fun culture. But, he said, employees were often discouraged from using these perks, or even more substantive benefits such as paid time off.

"Culture and the representation of culture can be very different," Hickenlooper told Insider.

So when he cofounded Scroll, a 15-person marketing agency, at the beginning of this year, he knew he wanted to create a better balance for employees, he said. One way Scroll is doing that is by investing in a four-day workweek, which the company began in May.

"The most important thing to me was that the people who worked for us didn’t live to work, but they worked to live," he told Insider. "We’ve tried to make changes and adaptations to make that happen."

Evidence is mounting that the four-day workweek could offer significant benefits by making employees happier and more productive.

For example, Microsoft Japan said it saw a 40% productivity boost after moving to a four-day week. The government in Spain launched a nationwide federally funded program for employers to experiment with the adjusted schedule. ZipRecruiter said job postings that mention four-day workweeks had tripled in the past three years.

So far, results have been positive. Scroll has seen a 30% boost in revenue for the month of May, according to company data reviewed by Insider. This is a significant increase from the 7 to 9% monthly revenue growth from earlier in the year.

To be sure, it may not be feasible for every company to invest in a four-day workweek, and the schedule could increase labor costs in the short or medium term before paying off. But many companies, including Scroll, have experienced a variety of benefits.

"I’m investing in people not just from a business standpoint but from a mental-health standpoint, a family standpoint," Hickenlooper said. "Any way you can help that person become a better individual, they’re going to do better work for you."

Hickenlooper said he wanted to ensure productivity didn’t take a hit when the company transitioned to the four-day workweek.

To do this, the company started optimizing the productivity tools it was already using and automated as many processes as possible. For example, Scroll automated a process it had in place that required workers to manually send emails.

"All of those technologies have improved how we’re supposed to function," he said.

The move to a four-day workweek also made a positive environmental impact. Scroll said it cut office energy consumption by 20%, produced less trash, and also used less gasoline by cutting employees’ commute to the office by one day.

Employees across sales, customer service, and operations said they appreciated the new benefit. Some said they felt they had become more productive. They also reported having stronger relationships outside work.

"I feel like my mental health has improved in a lot of ways," Lindsey Chisholm, the lead copywriter at Scroll, said in an email to Insider. "Having an extra day to get house projects done helps with anxiety."

She added: "I’m more ready to work on Monday because I feel like my brain has had enough of a rest, I get to spend more time with my family, I get outside more which has made me really happy. It’s the best."

Scroll surveyed employees on their mental health after making the transition.

"Ask yourself the last time you were motivated for an entire day," Hickenlooper said. "I believe that discipline trumps motivation. When we’re disciplined and follow specific processes, we’re going to see a lot better results and success."

Before investing in a four-day workweek, Hickenlooper suggests putting effort into understanding how employees, and the company overall, work best.

"The advice I’d give to other founders: Before you invest in this, invest in your processes," he said. But, he added, leaders also need to understand the human value of having more free time and the fact that investing in happy people is a strategy for long-term success.