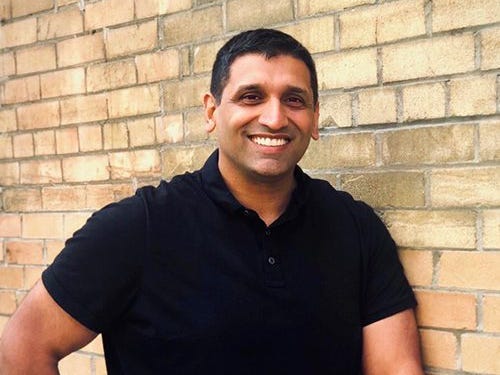 Only MBA students who attend one of the top 15 MBA programmes truly get their return on investment (ROI), according to a VC firm cofounder and guest speaker at the Wharton School.

Jay Bhatti, cofounder of BrandProject, graduated with a Wharton MBA in 2002 and gave two guest lectures on entrepreneurship and venture initiation at the school last year. He told Insider that the value of MBAs has fallen over the past few decades but they still allowed students to form valuable professional networks.

But this is usually only the case at highly ranked colleges, he said.

"The real thing that the MBA schools come down to is, hey, can I give relationships that are meaningful and for a lifetime?" Bhatti said. "The big schools do that really well."

The value of MBA programs should be judged according to three main criteria, Bhatti said: the access they give to specific industries, the knowledge they confer, and the connections they help students to build.

Read more: How to make your MBA application stand out in 2021, according to top admissions officers and consultants

But as top-tier companies increasingly relax their degree requirements for new hires, and the internet makes knowledge more accessible, the value of the MBA has declined — except for its potential to build new relationships.

"I tell everyone I talk to, if you’re going to go do an MBA, go to a top 10 or 15 school, because that’s where you really get the ROI for your dollar in terms of the time invested, the debt that you take on," Bhatti said.

Wharton is the University of Pennsylvania’s business school, which the Financial Times ranked number two in the world last year for its MBA program, just behind Harvard.

A two-year full-time MBA at Wharton costs $227,428, including living expenses, according to its website. And a two-year MBA at Harvard Business School costs around $223,000, it said on its finance webpage.

"You’ve got the Harvards and Whartons of the world that have 800 school students in each class that will give you a lot of access globally," Bhatti said.

He added that alumni of Stanford’s Graduate School of Business have an "extremely powerful" network in Silicon Valley.

The average salary for a Wharton MBA graduate in 2021 is $150,000, according to QS Quacquarelli Symonds, a higher education analytics firm. Harvard Business School said on its website that the median base salary for its graduates is $150,000, with a $30,000 median signing bonus.

Outside of the US, Bhatti said that the UK’s London Business School, France’s INSEAD University, and Canada’s McGill University’s MBA program, are other top schools that give students ROI.

"I say to people, well, then go to the school where every other really smart person wants to go to, because that’s how you’re going to become friends with smart people and people who have access," he said.