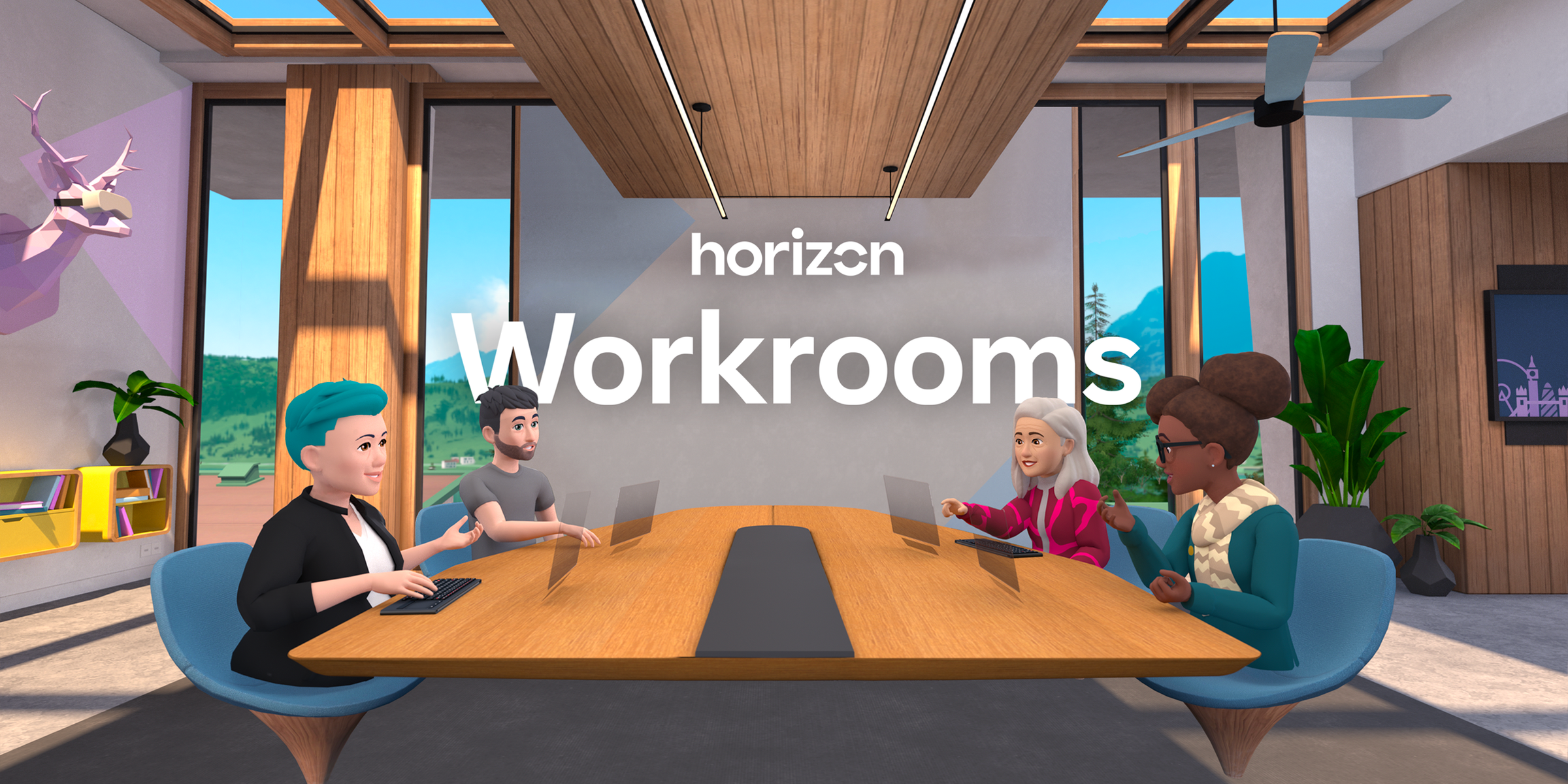 Facebook has entered the realm of the metaverse with their new "Horizon Workrooms" product, a virtual reality-based office workspace where you and a bunch of your workmates can recreate the feeling of being in a room and talking. You can see where people are looking, and even see their arms and hands moving, as well as write on a whiteboard in a virtual world, all of which apparently is good for "cohesion" or "collaboration."

It looks categorically awful — an awkward, buggy and unsettling professional version of Max Headroom, and more importantly does absolutely nothing to help with the experience of doing work.

It’s all part of Zuckerberg’s plan to make Facebook into "a metaverse company," a meaningless statement that has now been saddled up and rode to the doorstep of venture capitalists, with the meaning ranging from "it’s a virtual world we work in" to "uhh, it sort of involves social media." Facebook’s very specific stab at the professional workspace world is a step beyond the concept of virtual headquarters, and is clearly being sold to the companies that don’t like remote work because it means that they can’t see their people working.

It may seem as if it’s a company giving their workers physicality and space, but if anything it’s a chance for these companies to take away individuality and introduce more means of control. It’s a return to what the real point of the office is — to trap people and make them work as long as humanely possible, and to make sure they’re actually working — framed in the spurious language of "collaboration" and "closeness" to your colleagues.

The Washington Post’s Drew Harwell wrote a piece that reflects on the more worrying side of digitized work — the onset of surveillance software, and these virtual worlds being willing accomplices to micromanagers whose existence is predicated on tattling. Similarly, he speaks of "tattlewear" — the popular term for software that logs your keystrokes, takes photos of you as you’re working, and even assigns a "productivity score" to make sure you’re using all eight of those hours productively.

It’s a truly insidious industry, one that continues to grow its tendrils into the lives of employees. A recent study found that over half of employee monitoring tools monitor your keyboard and mouse movements, with three quarters of them measuring your activity in real time, including what websites you’re viewing. Nearly half of these tools can take these measurements without you knowing, and a worrying 43.75% of these programs can track your keystrokes.

Business is booming in the snitching software industry, and it’s a concerted effort to introduce paranoia and misery into the world of the remote worker — even though these types of software tools have proven to be a drain on productivity and morale. In my mind, these exist to give managers that have no actual purpose beyond being hall monitors in the office something to do now that they can’t huff dramatically and pretend they’re busy in the office.

A great deal of these problems stem from an identity crisis within employment — are we paying for labor, or people’s time? When we had people in the office, we had the ability to say "okay, they’re present, they look busy," and that played an outsized role in whether we thought someone was good at their job. Without it, companies are having to start evaluating people based on what it is they actually do, and are terrified that — even if the person is doing their job! — they’re not getting the "full time experience" from that person.

This is where I think the growth of these virtual worlds is coming from. I don’t think that they’re bad by default — I spent the best part of a decade playing online multiplayer games that take place within virtual worlds, making lasting friendships in EverQuest and World of Warcraft — but I worry that some virtual worlds may become virtual offices for the sake of taking attendance.

In the same way that these dysfunctional companies are demanding people always have their camera on, they may demand that people are always "in their virtual office," a truly bizarre yet inevitable way that people will be judged. If handled properly, these could resemble fun online hangout spaces that also double as places you visit to get work done — if done poorly, they will embrace the flaws of the in—person work standard, leveling bias against people based on their race, gender and ability.

This is part of the reason I find Horizon Workrooms so utterly loathsome. Facebook has simply created another way to return to the office — an office that benefits those who "speak up" and "look engaged," an optics-driven environment that vastly benefits white men, who are coincidentally the most excited to return to the office, according to research from FiveThirtyEight — in part because office culture was created to aid white, able-bodied men.

If the next virtual worlds are simply finding ways to do the same things we did in the office but on the internet, the internet will do what it always does — compound and agitate those problems while making them portable and cloneable. And on some level, do we really want to be "immersed" in work? Is that necessary? Should we aspire to a point where our mind and body are entirely, inseparably trapped in the computer to make someone else money?

It all comes down to why people are investing in these metaversal offices — is it because they truly want people to hang out, and find a way to get closer? Or is it because they want to get everybody in one place, and keep an eye on them in case they decide to stop praying to the almighty gods of business? Judging on the ambitions of enterprise, I fear the latter is far more likely.