The war to electrify: America can do it 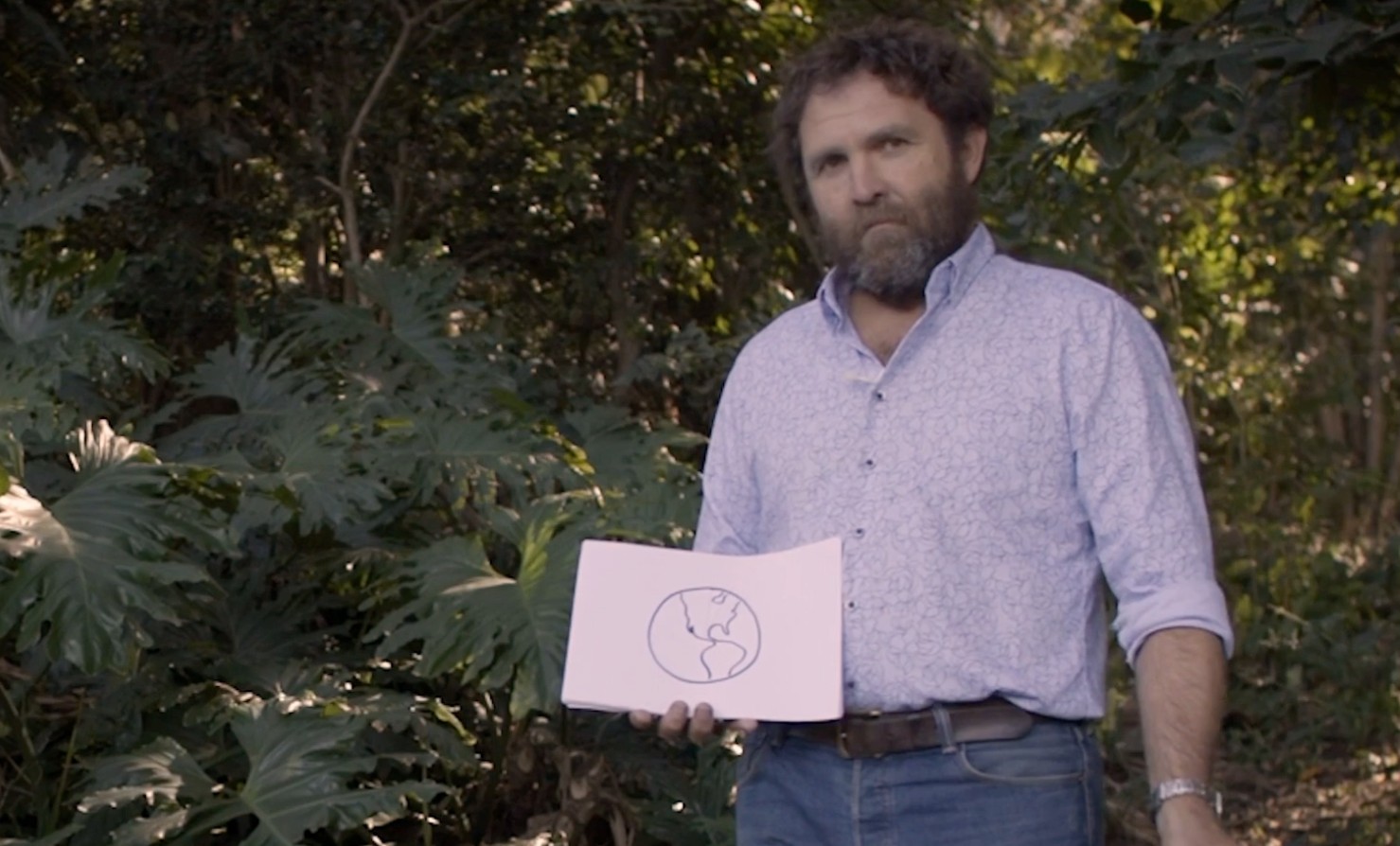 Here’s an "incredible good news story for America" that’s getting attention all the way up to the White House. Remember how the nation mobilized seemingly overnight for the Allied Powers 80 years ago? It’s time to hustle again, but now it’s in order to combat the climate crisis and slash carbon emissions in half by about 2030.

"We did something like that for World War II, where America came to rescue the world and produced the bullets, the airplanes, the boats, the tanks that won World War II for the Allies," inventor Saul Griffith said. "Now we have to fight a similar war. It’s not going to be bullets. This time it’ll be batteries. It won’t be boats, it will be solar farms. It won’t be airplanes, it’ll be wind turbines."

Griffith was introducing a dramatic approach to slowing climate change and creating tens of millions of new jobs on U.S. soil. The co-founder and chief scientist of the nonprofit Rewiring America, formed in July, has mapped out with his colleagues how to ditch fossil fuels for the billion fossil-fuel-powered machines involved in energy production and use, which he said account for 87 percent of U.S. CO2 emissions.

Same size homes, same size cars, the same American Dreams, just without the pollution and with much higher efficiency.

The plan has been well publicized since its release 10 months ago as a report, "Mobilizing for a zero carbon America: Jobs, jobs, jobs, and more jobs," which preceded by several seasons President Joe Biden’s $2.7 trillion, climate-and-infrastructure-packed American Jobs Plan.

Griffith, an engineer, entrepreneur and MacArthur "Genius Grant" winner, took a new tack Tuesday at the VERGE Electrify 2021 virtual event. Rather than focusing on 25 million potential new American jobs, he provided details about the billion machines to electrify, and how that can happen with existing technologies.

In the style of so many viral videos, Griffith stood in a leafy thicket flipping through page after page of black-and-white line sketches of trucks, tankers, turbines and other machines (the basis for a soon-to-be grownup coloring book), footnoted with government-agency numbers.

Griffith’s steps to "radically demystify" decarbonization start with the supply side, the 730 million tons of coal mined from 669 coal mines, and then all the layers of natural gas and gasoline infrastructure. Next is the demand side. Sixty-nine million U.S. homes have a gas meter, feeding water heaters, cooking appliances and so on.

"So many little blue flames that we now know are harming our children, affecting our respiratory health, and aren’t particularly good for the environment anyway," he added.

In his view, what needs to be electrified? Basically “everything” with the exception of forestry and farming waste biofuels, which can be used for difficult sectors such as aviation, long distance, freight and even agricultural liquid fuels.

Electrified technologies are already well understood and many are widely available to consumers, such as electric stovetops and heat pumps, Griffith noted. Plus, renewable energy is more efficient than natural gas and coal-fired energy, which lose a lot of heat. So if America can quickly focus on those known technology substitutes and switch over in the next decade, the harder sectors can be decarbonized by 2040 and 2050 targets.

"And because close to 10 percent of the U.S. energy economy is actually finding, mining, refining and transporting our fuels to support our fossil fuel economy, there’s a huge savings there as well," he said. "This adds up to an incredible good news story for America. When we move away from our fossil fuel economy to a renewably powered and electrified economy, we need less than half of the energy we think we do today. Same size homes, same size cars, the same American Dreams, just without the pollution and with much higher efficiency."

The speed of electrification depends upon the energy purchasing choices of 140 million households, whose buildings and appliances represent 40 percent of the nation’s emissions, he added.

Moving forward rapidly after two decades of rampant climate denialism and trifling little action toward electrification is a massive challenge, to be sure. Residential and commercial infrastructure needs to adapt to support the electrified machines. Improved regulations and convenient financing are also crucial to enabling consumers to buy electric options for their cars, stovetops, heating systems and all the rest, Griffith said, insisting that moving in this direction will save each household at least $2,000 annually, and the overall U.S. economy $300 billion.

Now we have to fight a similar war. It’s not going to be bullets. This time it’ll be batteries.

Intense research he did several years ago with Otherlab for the Department of Energy’s Advanced Research Projects Agency, mapping out in excruciating detail all of the government’s public data on energy use, helped lead to this plan.

The result is far more action-oriented than what can be gleaned from ogling, say, the Sankey diagrams originating from the U.S. Energy Flow of 1976, which spelled out the oil, coal, natural gas and renewables in use at the time, divided into commercial, industrial, transportation, residential and electricity categories.

Griffith, an MIT-trained engineer, holds multiple patents, launched a site that later became Instructables and was lauded by the MacArthur Foundation in 2007 for being "a prodigy of invention in service of the world community."

Pull Quote
Same size homes, same size cars, the same American Dreams, just without the pollution and with much higher efficiency.
Now we have to fight a similar war. It’s not going to be bullets. This time it’ll be batteries.
Topics
Renewable Energy
Transportation & Mobility