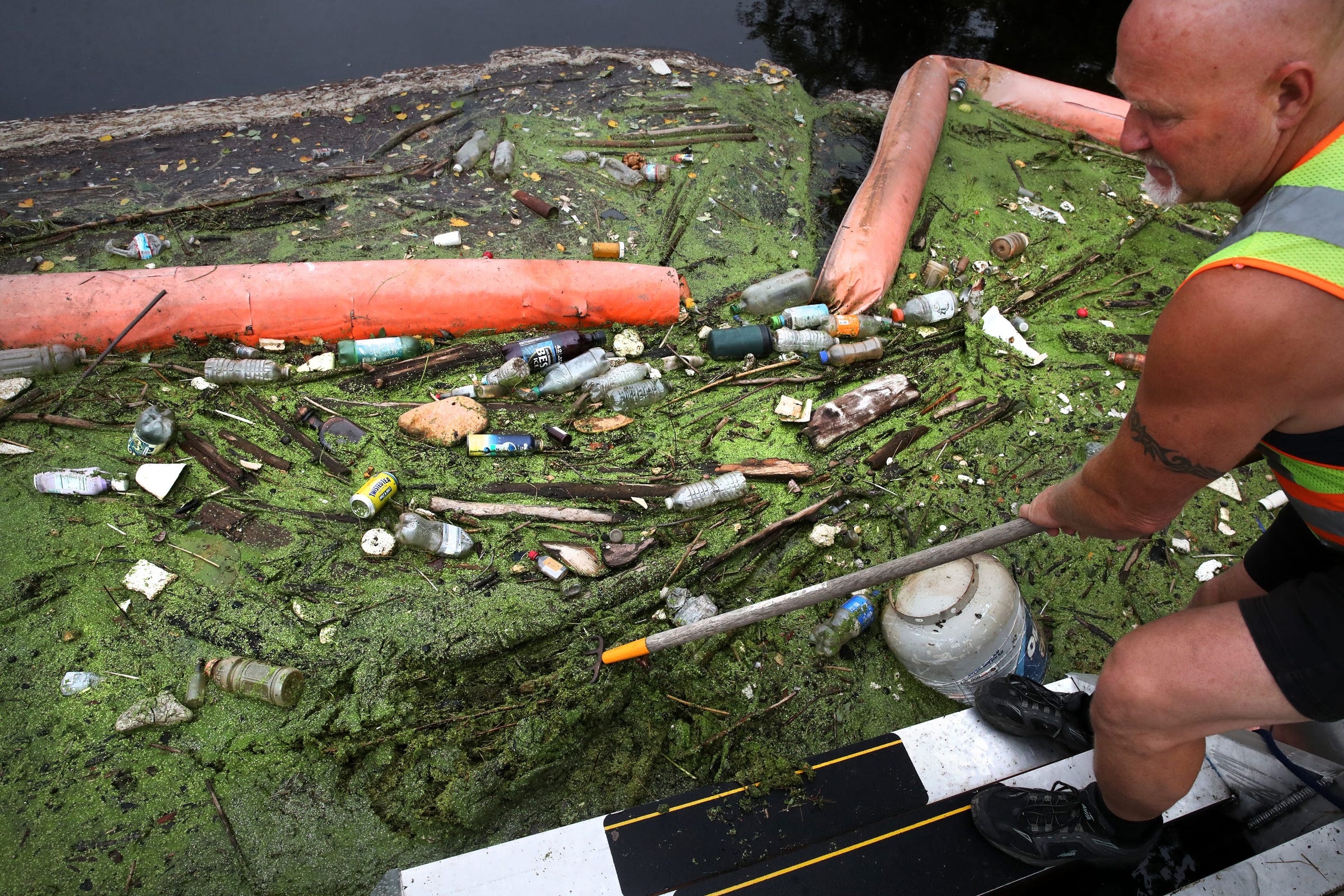 They’re physically demanding. And they’re not for the faint of heart or weak of stomach.

But if you’re willing to muscle through, you could find yourself a decent paycheck, sense of service, and opportunities for advancement while working in one of the federal government’s dirtiest jobs — ones that might involve a heavy dose of blood, sweat, toxic chemicals, or even sewage.

Here are seven of the most notable such jobs that are open to applications right now at a time when some states’ unemployment rates are still hovering above 7%.  The pay ranges from about $14 an hour to $34 an hour, well above the current federal minimum wage. You’ll be required to decontaminate "toxic chemical agents that may have spilled or are leaking from toxic munitions." Your workday will involve "prolonged standing and continuous physical activity in handling, pulling, or pushing objects."

And you’ll sometimes do so while wearing protective clothing that will subject you to "profuse perspiration and extreme fatigue."

The job is located at the Pueblo Chemical Depot in Pueblo, Colorado, and is part of the Department of the Army.

One perk if you’re hired? You’ll have a security clearance of "secret." This job isn’t for anyone squeamish around blood or for vegans.

Being a meatcutting worker, as the title suggests, involves the "cutting, trimming, and boning meat using hand tools and operating meat cutting equipment" and "processing beef, pork, veal, and lamb into retail and ready-to-eat cuts."

Located at Davis Monthan Air Force Base in Arizona, you can also expect to work odd hours, including overnight shifts, holidays, and weekends.

Tolerance of physical labor and the cold is also a must. You will "walk and stand continuously while working" and "frequently lift, push and pull pieces and bulk boxes of meat weighing 50 to 100 pounds." You’ll also work in areas that range in temperature "from -10 to 50 degrees Fahrenheit."

The position is a union job and does not require a drug test.

Several other federal government meatcutting jobs are available across the country, including in Alabama, South Carolina, and Georgia. The wastewater treatment plant operator will work in a facility in Beltsville, Maryland, not far from Washington, DC.

Expect equipment repair, machine operation, and inspections to be part of your typical work week. You’ll also collect and test water and sewage samples, "such as residual chlorine and settleable solids."

The job is part of the Department of Agriculture’s Agricultural Research Service. Based in North Texas at the Dallas-Fort Worth National Cemetery, the cemetery caretaker requires "manual skills and physical strength."

The job is part of the Department of Veterans Affairs. If you want a truly hands-on job helping the sick and injured, you may consider becoming a nursing assistant at the Jack C. Montgomery VA Medical Center in Muskogee, Oklahoma.

The job "will require long periods of regular and recurring standing and walking with regular and recurring lifting and positioning of patients while maintaining balance." You’ll engage in "specimen collection" and stand ready to endure the "possibility of patient assaults" and "need to protect yourself using non-abusive physical intervention techniques."

You must possess some esoteric qualifications, too, such as: "Have olfactory senses intact to identify essential smells relevant to patient care to include bodily fluids, microscopic infestations, and environmental emergencies."

Translation: be ready to sniff out trouble.

If you can hack that, you’ll be firm in the knowledge that you’re helping numerous servicemembers in their times of need.

The job, which requires a minimum of one year of relevant post-high school education, is part of the Department of Veterans Affairs’ Veterans Health Administration. If so, you might consider working as a food service worker at the Morale, Welfare and Recreation Pizza Parlor at Naval Base Coronado in Coronado, California.

Your other tasks will include preparing salads, sandwiches, and coffee for hungry guests who will likely be glad to see you.

You won’t need much experience to qualify, either. Any citizen or national who’s at least 18 years old and has a high school degree can apply. As a drill rig operator, bank on being "subjected to conditions that are very hot and cold, wet, dusty, icy, muddy, and windy."

While the job is based in Omaha, Nebraska, you’d travel frequently as an employee of the US Army Corps of Engineers. Wanted: someone who really likes canals.

As an irrigation laborer, you’ll clean them. You’ll remove trash from them. And when you’re not doing that, you might be burning weeds and clearing culverts near them.

There will be hauling of cement, aggregate, lumber, and gate parts, too, which requires "average or above average strength, ability, and muscular endurance to perform assigned duties."

If hired, you’ll work for the Bureau of Indian Affairs in Poston, Arizona. As a pipefitter for the Miami Veterans Healthcare System in Miami, Florida, you’ll work with "many highly technical and sophisticated systems."

But it won’t be easy. On-the-job hazards include "tripping, falling, shock, burns, dust, fluids, chemicals, and a variety of diseases." You’ll be "subjected to extreme heat, dust fumes, solvents, infectious agents, dirt, grease, noise, and dangers to the body."

Telework, as you might expect, is not an option.