Tim Cook, Jamie Dimon, and other CEOs say employees should return to the office because it boosts creativity. Experts say that’s a ‘fairy tale.’ 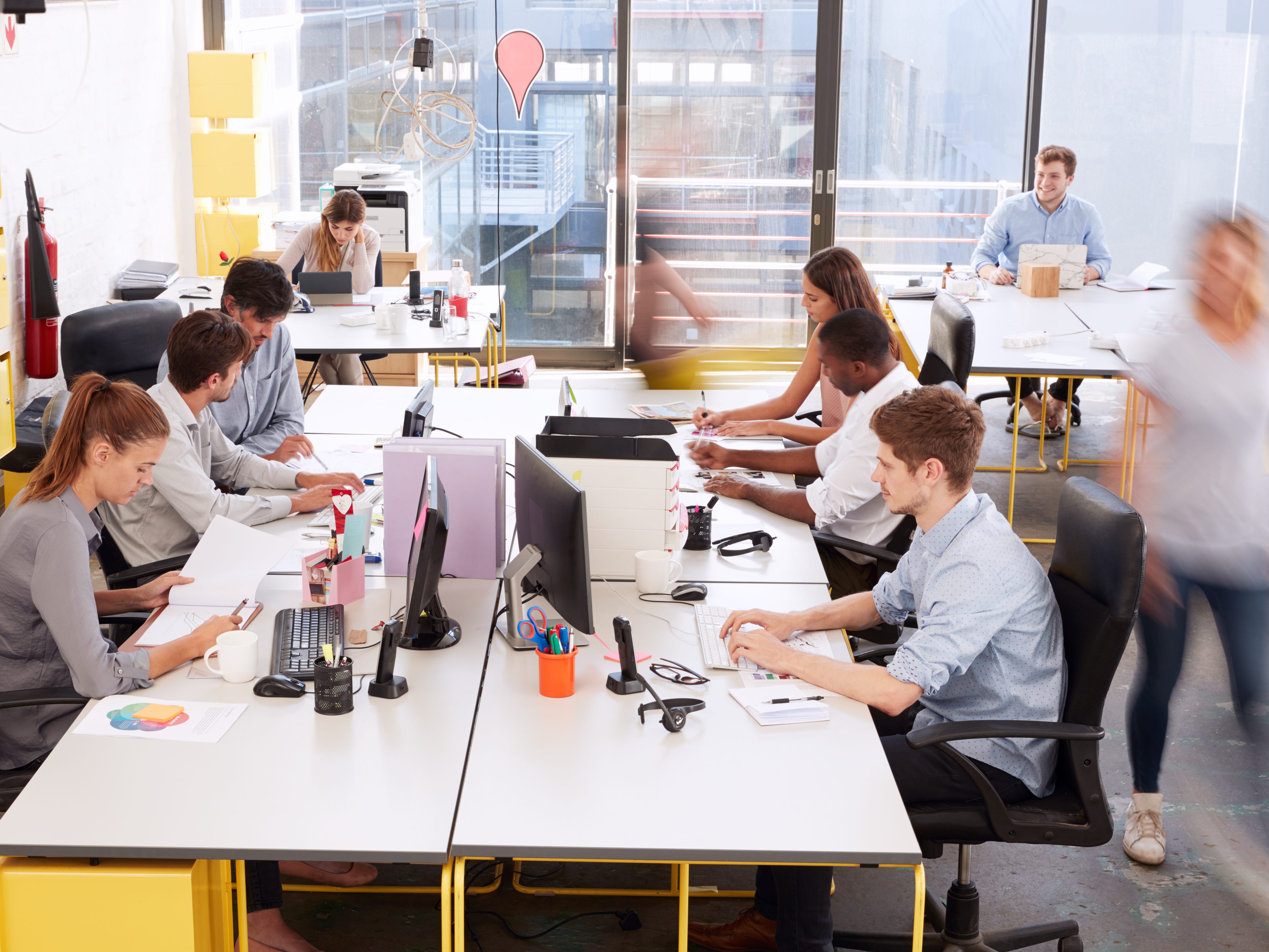 America’s CEOs really want their workers to come back to the office.

Saks’ Marc Metrick has called remote work a "culture killer for companies," and that "the default needs to be our office."

Amazon previously said it prizes having an "office-centric culture," but has since softened that stance.

But there’s scant evidence to support the idea that having offices help companies where it matters most: innovation and productivity. In fact, prior research found that offices — namely open-concept ones — can even have a negative effect on the very sort of interactions that executives hope to foster.

A 2019 study by Harvard’s Ethan Bernstein and Ben Waber (then at MIT), found workers at companies that switched from cubicles to open-floor-plan offices had 70% fewer face-to-face interactions.

Office workers may talk, but "there is almost no data whatsoever" to suggest it helps the organization, Bernstein recently told the New York Times.

"All of this suggests to me that the idea of random serendipity being productive is more fairy tale than reality," he said.

Meanwhile, the tools and practices of remote work, became a lot more powerful as a result of the disruption from the COVID-19 pandemic, tech VC Marc Andreessen wrote in a recent blog.

"It turns out many of the best jobs really can be performed from anywhere, through screens and the internet," he wrote. "It is perhaps the most important thing that’s happened in my lifetime, a consequence of the internet that’s maybe even more important *than* the internet."

Indeed, the claimed benefits of offices are in many cases offset or inaccessible for some workers, namely caregivers, people from underrepresented groups, others with physical or intellectual disabilities, or those who can afford to live within commuting distance.

A record 707,000 white-collar workers quit their jobs in April, according to government data, and a recent report from the flexible marketing talent network We Are Rosie found that two-thirds of marketers are planning a major career change this year — and that all of them want the option to work remotely.

To be sure, face-to-face interactions are still useful in building trust and relationships among teammates, but the Times report highlighted the fact that companies like Zillow, Salesforce, and Ford are experimenting with ways to get the best of both worlds.

"We believe humans want to connect and collaborate," said Dan Spaulding, chief people officer at Zillow. "But do you need to do that five days a week, or can you do that once every three months?"