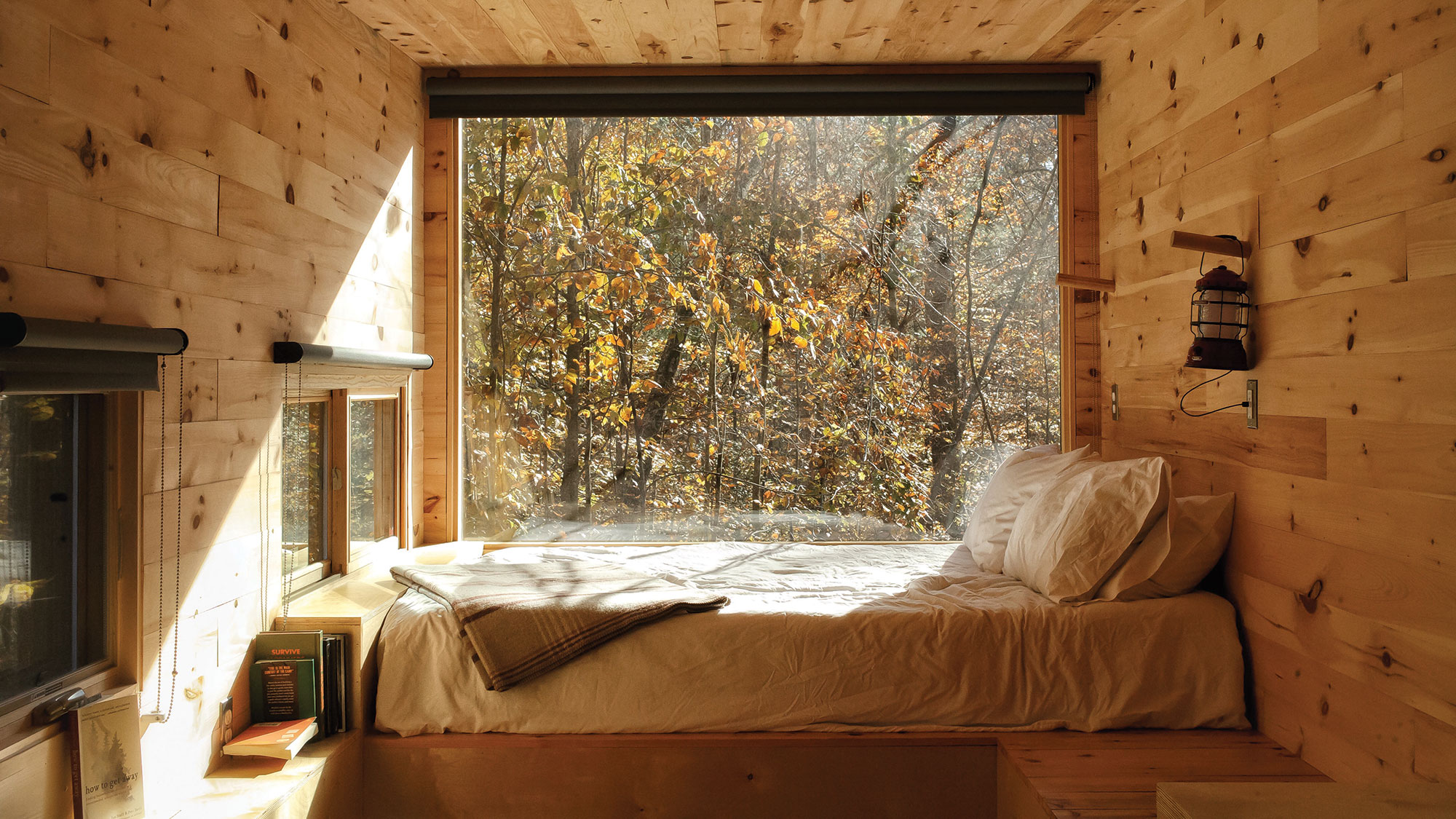 With drive-to domestic travel reigning supreme amid the pandemic, Getaway, a hospitality brand specializing in “tiny cabin” accommodations in off-the-beaten-path destinations, has not only survived the Covid crisis, but thrived.

“We went from being historically around 90% occupied to more than 99% occupied through the pandemic, with a higher average length of stay and more repeat guests,” said Jon Staff, Getaway’s founder and CEO. “We were essentially sold out at every location.”

Launched in mid-2015 with a three-cabin pilot program in southern New Hampshire, Getaway was already in growth mode pre-pandemic. Responding to surging demand, the company’s expansion efforts accelerated, and the brand currently has 15 outposts nationwide, six of which have opened since the pandemic began. Each location averages around 40 tiny cabin accommodations.

The company said it is open to working with advisors.

“It’s a simple business at its core, sort of stripped down of all the things that would make a business like this more complicated, like a bar and restaurant, a front desk and entertainment,” Staff said. “People are sort of grateful that we stay out of their way and keep it simple, and that in turn has advantages in terms of speed of growth.” 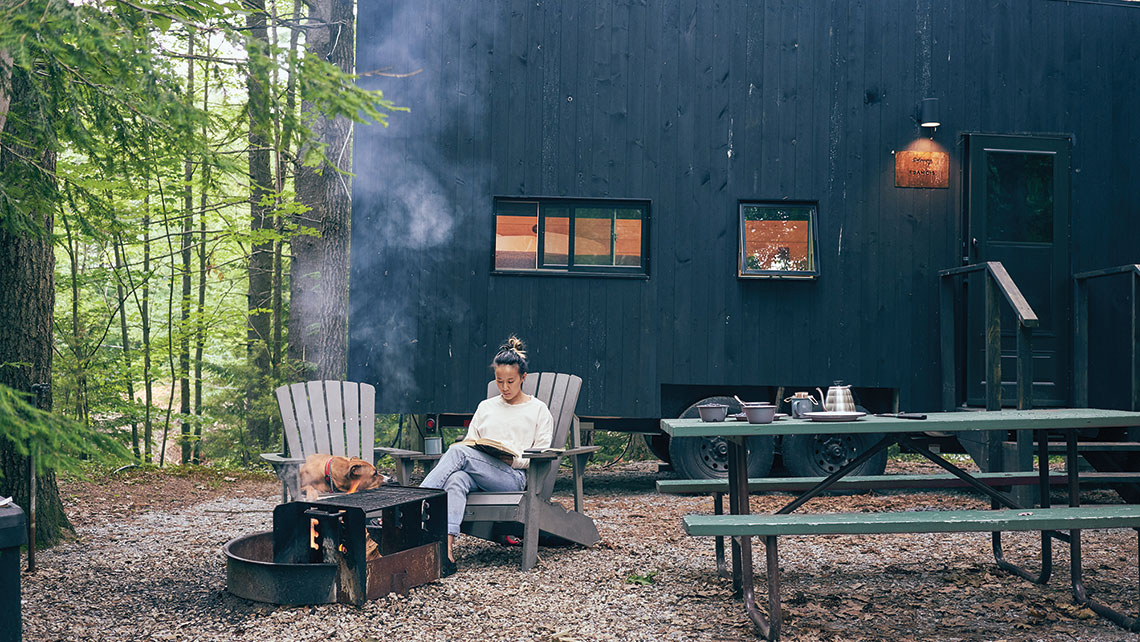 By design, all Getaway outposts are situated within a two-hour drive from major U.S. metro areas, with the group’s latest openings catering to urban dwellers in markets like Austin, San Antonio and Houston, Texas; Charlotte and Raleigh, N.C.; and Chicago. Getaway has also debuted a second Catskills location outside of New York City and most recently launched Getaway Dale Hollow, located near Nashville, in late April.

Though Getaway’s cabins are compact, ranging from 140 to 200 square feet, they offer oversize windows; queen beds; a private bathroom with hot shower; heat and air conditioning; a kitchenette stocked with cookware and dishes; and a fire pit and seating area. Rates start at $109 per night.

Staff said the concept has proven particularly popular with travelers looking for an easy weekend escape and with those interested in getting off the grid and immersing themselves in the great outdoors.

“The roadtrip was picking up in a big way even prior to the pandemic,” said Staff. “And as weird as it is to label something like spending more time in nature a trend, the No. 1 thing we’re seeing people do more of during the pandemic and say they want to continue to do more of is spend time in nature.” 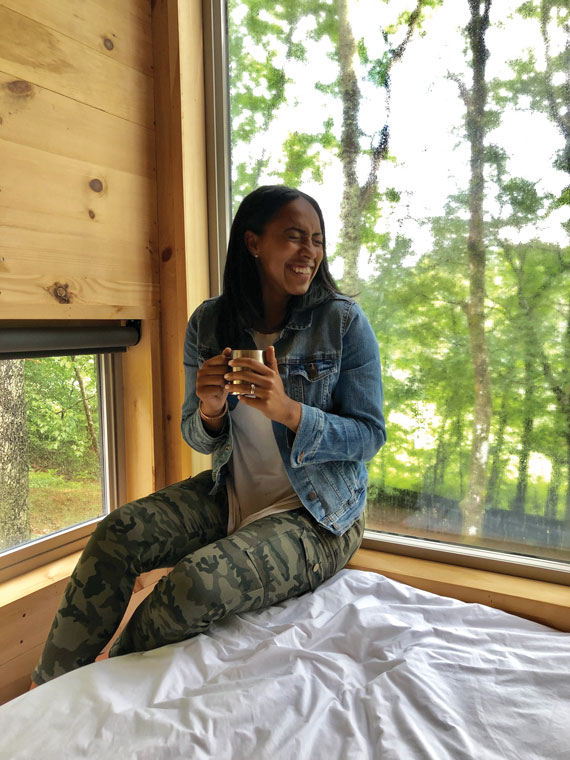 A traveler staying at a Getaway cabin. Photo Credit: Courtesy of Getaway

Notably, a key component of the Getaway concept is a lack of internet connectivity, with none of the brand’s cabins offering WiFi. Instead, guests are invited to stow their personal devices away in “cellphone lockboxes,” allowing for what Staff calls a “truly disconnected” experience.

Early on in the pandemic, however, Staff and his team considered introducing WiFi in order to better meet the needs of a growing contingent of travelers able to work from anywhere. But ultimately, they decided to keep Getaway’s outposts WiFi-free.

“That question came up almost exactly as everyone started being on something like 100 Zooms for 12 hours a day,” Staff said. “And in a world where remote work is looking like it’s here to stay, we felt it might become even more important to have special, sacred places where work can’t touch you.”

So far, a lack of WiFi hasn’t stymied Getaway’s progress. The company recently began piloting group bookings; aims to open a 16th location outside of Seattle, in Mount Vernon, Wash., later this year; and is eyeing continued expansion.

“Given the increase in demand, our focus is just on growth in general and where can we get to that we’re not serving today,” Staff said.