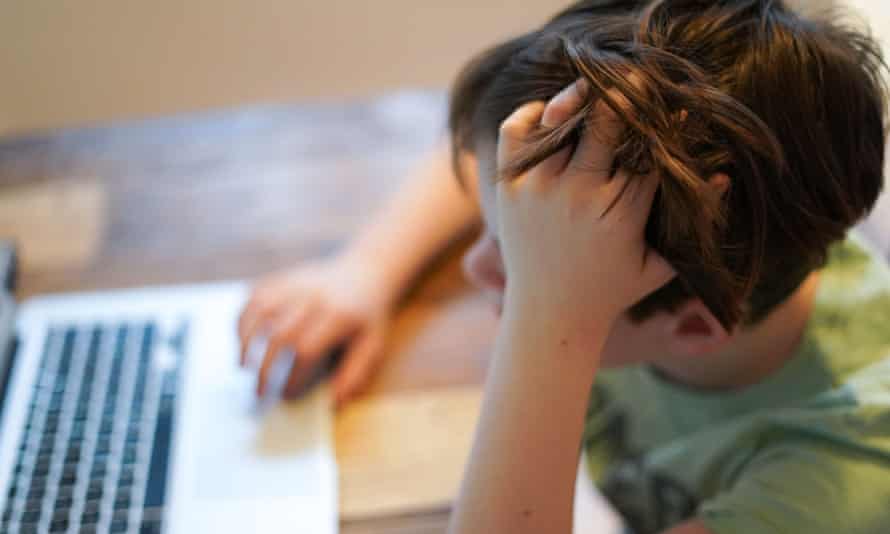 Tutors in Sri Lanka who are as young as 17 and earning as little as £1.57 an hour have been used by the government’s flagship national tutoring programme to teach maths to disadvantaged primary school children in England, the Guardian has learned.

The Department for Education announced the immediate suspension of the use of under-18s as tutors for the £350m national tutoring programme (NTP) after being approached about the revelations, and pledged a review of the use of overseas-based tutors in the coming year.

Critics condemned another example of the government outsourcing support and services in its pandemic response, and said the funding – which is part of a £1.7bn catch-up fund announced last year – should have gone directly to schools to source their own tutors rather than through a complex system of private providers.

Mary Bousted, joint general secretary of the National Education Union, said: “First of all there’s a question about whether it’s ethical to be paying £1.57 to £3.07 an hour, outsourcing in this way. It also raises a bigger issue about why this money is being paid to the private sector whose objective in life must be to make a profit.”

The catch-up fund to help schools tackle learning loss during the pandemic was unveiled last year following the mass closure of classrooms to all but the most vulnerable pupils and the children of key workers.

The Sri Lanka-based tutors were provided through Third Space Learning (TSL), one of 33 tuition providers approved by the NTP to deliver one-to-one and small group tuition.

An NTP spokesperson told the Guardian TSL was “one of the most popular providers”, supporting more than 800 schools since the programme was launched in November, with positive testimonials from school leaders on their website.

Research by the Guardian revealed that TSL, which works with one tutor centre in Sri Lanka, as well as two partner centres in India, had a minimum age requirement of 17 with pay per tuition session as low as 425 Sri Lankan rupees, the equivalent of £1.57, rising to an average of £3.07.

The £350m national tutoring programme promises high quality subsidised tuition for disadvantaged children. Schools can choose from the approved tuition partners and pay 25% of the cost while government picks up the rest of the bill.

The TSL founder and chief executive, Tom Hooper, said: “Using tutors in India and Sri Lanka is a part of the solution to try and make tutoring more accessible to children from disadvantaged backgrounds. They are all Stem [science, technology, engineering and mathematics] graduates and receive training and ongoing professional development which is overseen by our UK-based team of teachers.”

After being confronted with details from the website of Third Space Global, TSL’s wholly owned subsidiary in Sri Lanka, Hooper corrected himself and said tutors were in fact a mix of graduates and undergraduates. Asked in FAQs on the Third Space Global website about the minimum qualification to apply, it says: “You should be skilled in maths and English and pass our initial online test.” Another question – “Why is the payment only 425 rupees?” – appears to have been removed.

Hooper said £1.57 was the guaranteed minimum pay per session booked, whether the session takes place or is cancelled, but average pay was £3.07 an hour which is “2.5 times the estimated equivalent graduate salary” in Sri Lanka. “It is also 15 times the minimum wage in Sri Lanka, though clearly we hold ourselves to a much higher threshold than this,” he said.

Of the £1.57 minimum pay per session, Hooper added: “This ensures a minimum and predictable income for our tutors, which is clearly important.”

A Department for Education spokesperson said: “We set high standards for the national tutoring programme and do not hesitate to take action where it becomes clear those standards are not being met.

“Third Space has now suspended the use of anyone under 18 as tutors within the programme. Stringent ongoing monitoring of all organisations involved in the programme is in place to make sure tutoring is of a high quality.” The department confirmed that three 17-year-old undergraduate tutors had been employed.

According to Hooper, every TSL session for the national tutoring programme costs £18.33, £9.50 of which pays for programme design, customer support, technology and finance in its London office, with £5.36 for tutor training and development at the Colombo office, and on average £3.07 per tutor per session. Hooper said the company makes 2% profit on each NTP session, which equates to 40p.

“Our model for tutoring is supported by the NTP and was detailed in our proposal to join the NTP programme,” said Hooper, adding that the average age of his tutors was 24.

The Department for Education said tuition providers must follow all applicable laws and regulations, pay their tutors fairly and make sure high minimum standards of tutor qualifications are in place, warning they would intervene if tuition providers failed to meet required standards.

TSL has been providing online tuition sessions using tutors in India and Sri Lanka since 2013, working with more than 75,000 children in 2,500 English state primary schools.