Want to work a 4-day week? These are the books to read. 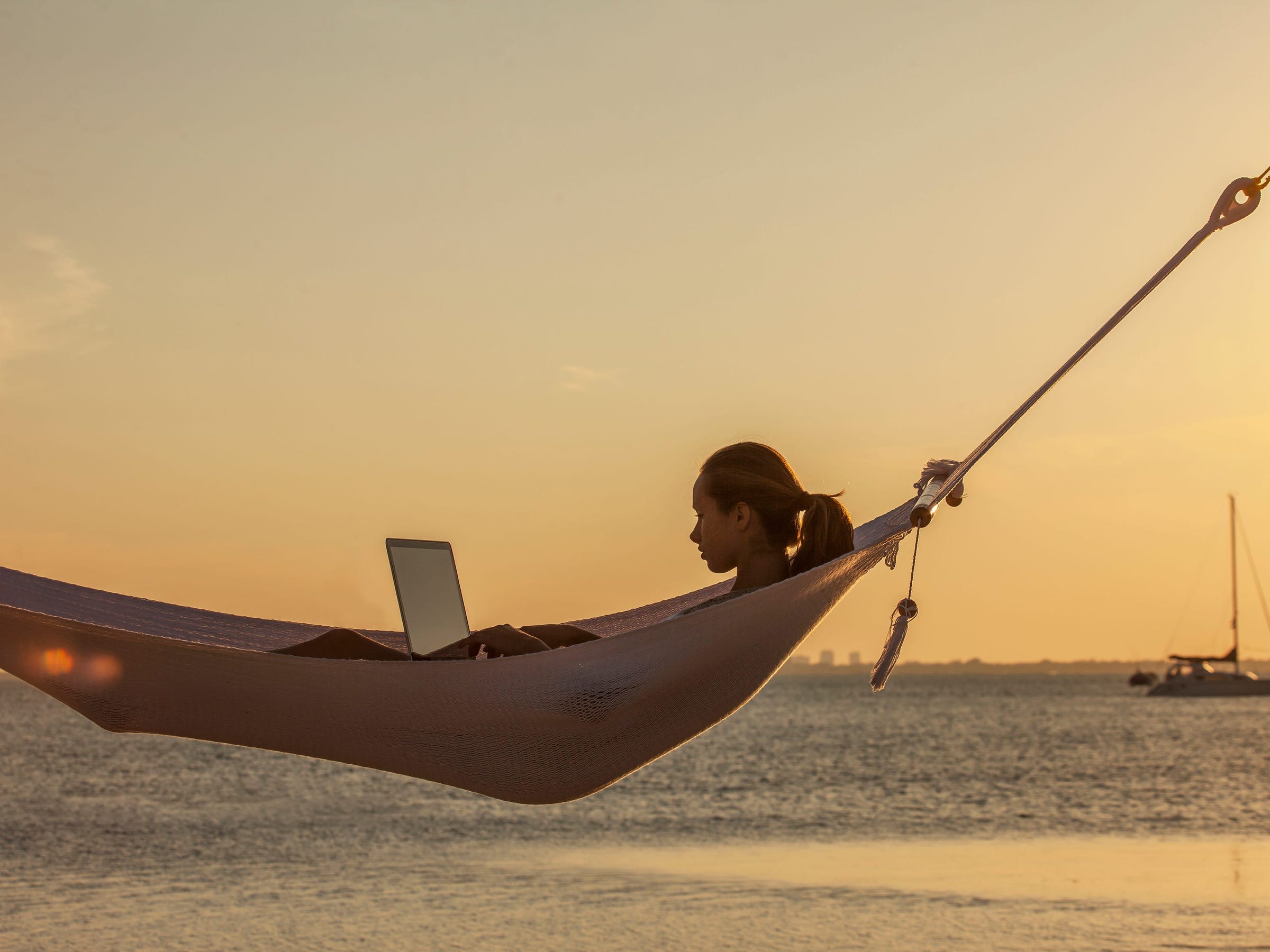 Thanks, in part, to a widely publicized trial in Iceland, the concept of the four-day workweek is back in the news.

Politicians, environmentalists, and activists hail the idea of working less hours for the same pay as a means of creating healthier, happier workers who get more done. It may also be more environmentally friendly, as workers avoid driving into the office.

The Iceland trials plus company-specific pilots in New Zealand and Japan generally show them to be onto something — though it seems unlikely the trend will hit corporate America anytime soon.

Implementing a four-day week is not simple, and there are some misconceptions around the concept. But more companies are trialing the concept amid wider conversations about hybrid and flexible working.

We put together a list of influential books on how the world might get to a four-day week:

"The 4 Day Week" by Andrew Barnes with Stephanie Jones Andrew Barnes is the CEO of Perpetual Guardian, a firm that introduced a four-day workweek to its New Zealand office in 2018. Workers were each given one day off a week between Monday and Friday, rather than the same day, and the company saw hikes in happiness and productivity.

Barnes, who is also the co-founder of the 4 Day Week Global campaign, says that rather than simply being about giving workers the freedom to take a day off, success depends on communication. The reason we don’t have a 15-hour workweek, as the economist John Maynard Keynes predicted, is because most white-collar work is still centered around dull, ultimately meaningless jobs that provide people with little value, according to Graeber.

Some describe it as a bit of a rant, but it provides an overview of the general question of why do we work, and more importantly what for? Published in March 2020, just days before the US’s first COVID-19 death, Pang tackles the four-day week concept from a practical, business perspective by studying how different organizations have implemented it, and the benefits they unlocked.

Pang has said in the past, if you’re a business leader there are three ways of reducing working hours without cutting productivity: more concise meetings, periods of ‘focus time’ that enable workers to tackle their hardest tasks uninterrupted, and more careful use of technology. Not specifically about the four-day week as such, but in the wider theme of working reduced hours, Ferris’ 2007 book remains a classic.

The book is packed full of templates and tips for how workers can cut down their schedules whilst remaining productive, which is the root aim of reducing your hours.

"The Secret of the 4 Day Week" by Pernille Garde Abildgaard Abildgaard is a workplace consultant and has studied how the four-day week has been implemented in a variety of work contexts, from the Danish IT company IIH Nordic, which was struggling to recruit staff, to care workers, and teachers.

Abildgaard also provides tips and tricks for how a person can reduce their own daily workload and improve their productivity.

"The Case for a Four Day Week" by Anna Coote, Aidan Harper, and Alfie Stirling All three are current and past members of the New Economics Foundation, a British think tank focused on social mobility and environmental economics.

They discuss how a shorter working week among many things will benefit the lowest paid in society, help to fairly rebalance the distribution of caring responsibilities between men and women and even create more jobs.

"Utopia for Realists" by Rutger Bergman An optimistic and practical look at the potential for change and how the society we live in is getting better.

There was once a time where the concept of a five-day week was a fantasy so there’s no reason, with the right changes, that a four or even three-day week can’t be possible, argues Bergman.