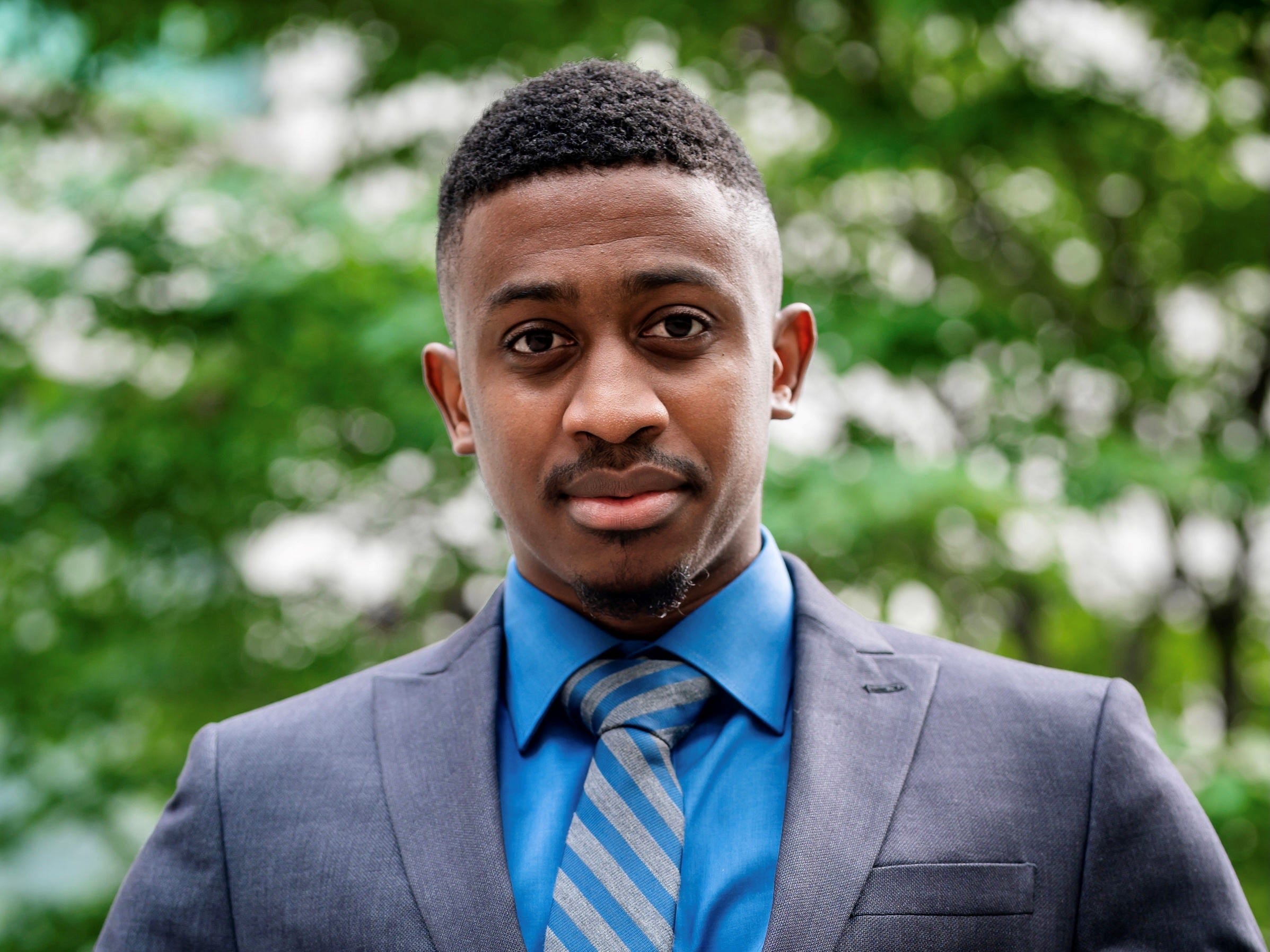 Greg Boucicaut was working at a retail pharmacy when he first started dreaming of a career in banking. He had started watching the show "Shark Tank" and became enthralled with the excitement of watching angel investors like Mark Cuban and Kevin O’Leary evaluate companies that pitched to them.

Boucicaut, who immigrated to New York City from Haiti at age 11, struggled to find his path after high school. He started attending community college but dropped out of the program due to financial hardships. He then got a job working in-store at a large retail pharmacy.

While he envisioned a bright future within the company, he gradually grew frustrated when he realized that earning a promotion there would take much longer than he expected. Around that time, he ran into a friend from high school on the subway during his morning commute to work, who proposed an option that could help him out of the rut — the Year Up program.

Year Up is a nonprofit that runs a 6-month professional training program for young adults who do not already have college degrees to launch careers at established companies. Participants, 90% of whom are people of color, intern at one of Year Up’s corporate partner firms for another six months after the training is complete.

The program has worked with 30,000 students in its over two decades of existence and has 35 dedicated campuses across the United States.

Boucicaut was hired at Bank of America after participating in Year Up, where he has worked in operations for five years. He told Insider that the program widened his perspective on the opportunities available to him.

He is currently enrolled at Baruch College, where Bank of America is helping sponsor his degree in business — years after Shark Tank first piqued his interest in the subject.

"I’m back in school, more confident, and much, much happier. Every day I improve, every day I [push] my limits," Boucicaut said of his life after Year Up.

Year Up founder Gerald Chertavian told Insider in an interview that the program is one of the most successful workforce programs in the history of the United States measured by wage gains, increasing participants’ earnings by 30-40% in the four years post-program. This month, a federally-sponsored study conducted by Abt Associates found that it has paid dividends not only for participants but for the community at large, as every $1.00 invested in Year Up leads to a $1.66 return to society through increasing young adults’ earnings and boosting financial results for the partner firms that hired them.

Chertavian, who founded and sold tech consulting firm Conduit Communications, created Year Up after his years volunteering as a Big Brother, where he mentored talented young adults who, in his words, were "stranded outside the economic mainstream."

The program, which is free for participants, is funded by the corporate partner firms, who in exchange gain access to the program’s talent pipeline. Bank of America is one of Year Up’s earliest corporate partners, with a relationship that began in 2006, six years after Year Up was founded.

Year Up has placed more than 1,850 interns at Bank of America of which over 830 individuals were then hired by the bank full-time. Cathy Bessant, Bank of America’s chief operations and technology officer, has spearheaded the partnership over the last decade.  She told Insider her background growing up in a small town and a cramped house with six others motivated her to get involved in programs like Year Up, because she understands firsthand the importance of education in ensuring opportunity.

"I’m passionate about the work for its standalone efficacy, but also because I’m keenly aware that I could have been one of those people for whom all of those challenges [meant I] became untapped talent as opposed to what I hope people would consider to be an asset," Bessant said.

Bessant attributes YearUp’s success to its relentless focus on measurement.

"I get statistics on our interns, hiring rates, the fields that they go into, the tenure with which they stay with the bank," Bessant said.

Bank of America currently hosts the Year Up interns in 17 cities across all 5 of Year Up’s training tracks: IT, financial operations, business operations, sales & customer support, and software development & support.

Chertavian said demand from corporate partners to hire talent is growing quickly across all the tracks, particularly in fields like cybersecurity, data analytics, and quality assurance testing.

Bessant said the partnership with Year Up has been so fruitful because of the two organizations’ shared belief that any skill can be taught. She said that oftentimes the biggest challenges Year Up interns face are not related to their capabilities but to fundamental work skills they hadn’t learned before.

"How to deal with childcare issues, the importance of being on time, how to handle sick days — those skills, for some parts of our population, are innate, because they’ve been modeled for years. If that’s not been your experience growing up, those kinds of skills are often just as challenging or more challenging than the technical skills to do the job," Bessant said.

Bank of America sees the partnership with Year Up as fundamental to its long-term vision.

"When Gerald simply says [Year Up] is very good business, he is, of course, statistically and economically correct," Bessant continued. "But it’s also a very important part of this notion of the new capitalism and what companies are supposed to do."

NOW WATCH: What makes ‘Parasite’ so shocking is the twist that happens in a 10-minute sequence