Why the hell do test cars have those weird-looking wraps? 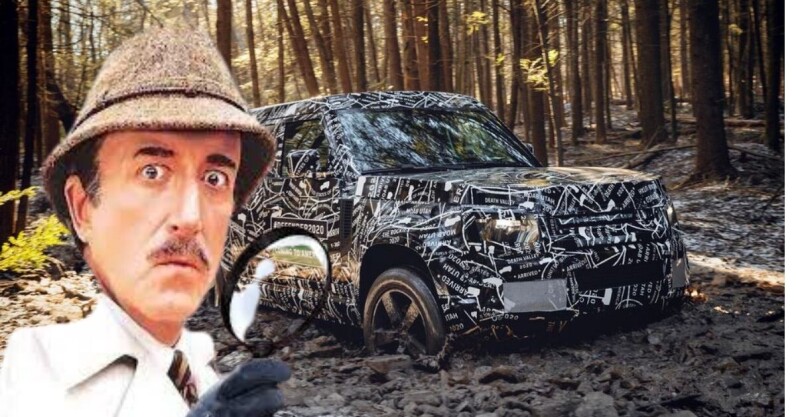 Welcome to SHIFT Basics, a collection of tips, explainers, guides, and advice to keep you up to speed with mobility tech.

Whenever a new model hits the road for testing, car nerds are always keen to get a first look. But as much as you might want to, automakers sure don’t want you to see everything.

It’s common practice for car companies to use a type of “camouflage” when they’re testing pre-production vehicles.

Firstly, secrecy is a key marketing strategy.  Covering a new model with camo and mystery only increases the anticipation and curiosity of potential buyers.

Secondly, revealing a car’s design may impact the sales of the existing vehicles, as consumers compare the current with the upcoming options.

Finally, it’s all about the competition. Carmakers spend too much time and money creating unique designs to have their ideas appropriated by other companies.

The aim isn’t, of course, to hide the car itself, but to create optical illusions that confuse the eye. That’s where those weird-patterned vinyl wraps come in handy.

While they seem to make the car stand out even more, they actually have the opposite effect, explains Motor Biscuit. Such patterns succeed in concealing the body styling of the car, as our eyes will naturally follow the patterns of the wraps instead of what lies beneath them. Therefore, telling details such as the grilles, the headlamps, and the lines escape our attention.

But it’s more difficult to confuse a camera lens than a human eye. According to spy photographers, the commonly used black and white swirled designs don’t affect the camera’s focus thanks to the high contrast of the colors.

For this reason, car companies have shown a lot of creativity in better disguising their vehicles.

For instance, a Toyota Prius was spotted back in 2016 camouflaged with a polyester black cover which absorbs the infrared light from a camera’s auto-focus, making it difficult to capture a clear image.

Similarly, in the same year Ford designed a new camo, called “Brick,” with more complex patterns and layered graphics that helps the car to stay out of focus on a camera.

With the rapid development of camera and editing software tech, we can only expect to see more imaginative ideas that will assist carmakers in disguising their newborns.

So, let’s recap. Why do car companies use those funky patterns on test vehicles? It’s all about secrecy, illusory patterns, and image distortion. By “hiding” pre-production vehicles from unwanted eyes and cameras, automakers increase the mystery, while safeguarding their designs.

Do EVs excite your electrons? Do ebikes get your wheels spinning? Do self-driving cars get you all charged up?