Women are the majority in education, yet still find themselves overlooked for promotions and making less than their male peers 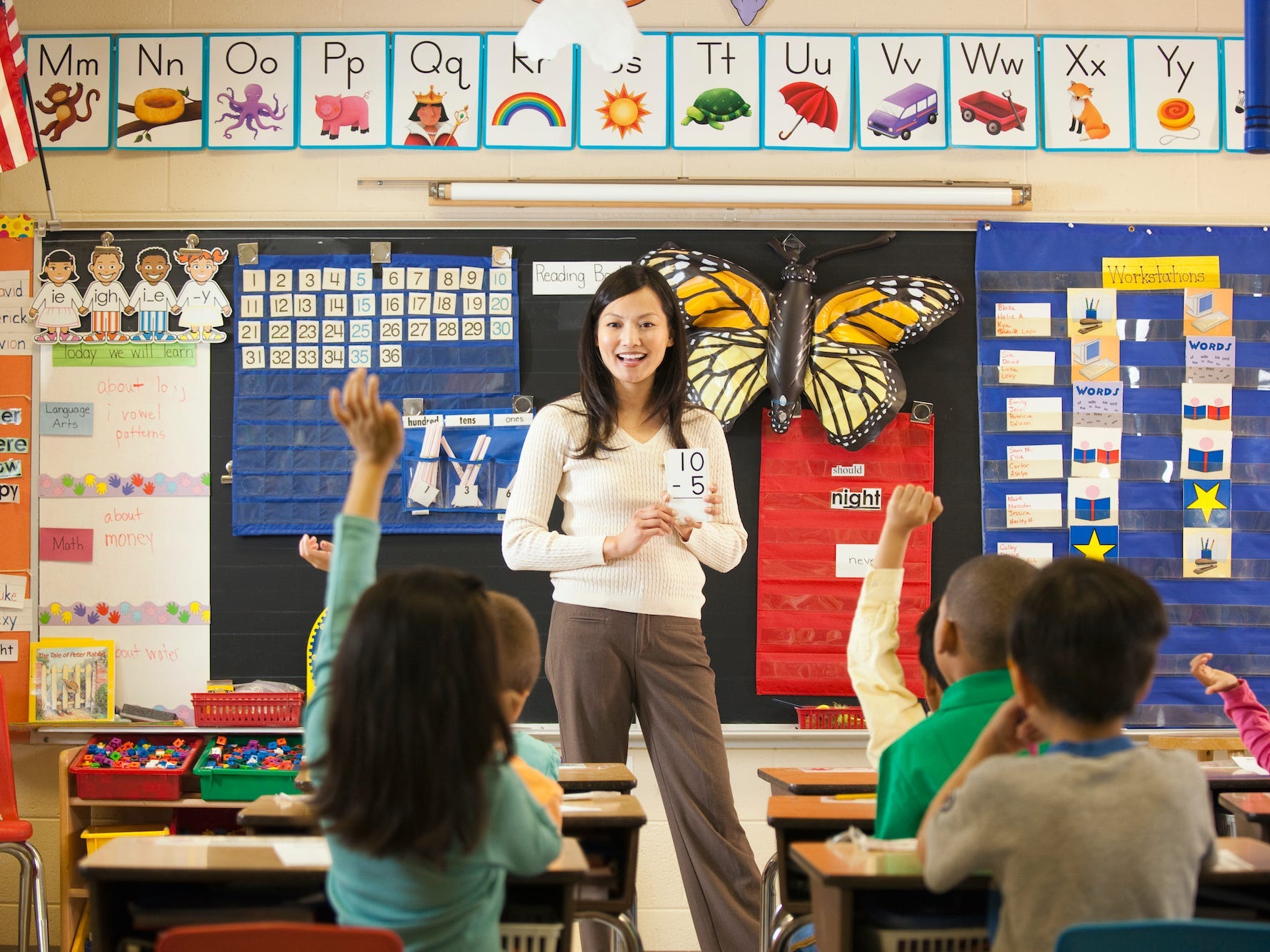 In schools, it’s not uncommon to look around any given staff meeting and find a plurality of women.

Education is one of the largest occupational fields in the country, with over 5.5 million Americans working as kindergarten through twelfth grade (K-12) teachers. Far-flung from the overwhelmingly male industries of software development, finance, and engineering, K-12 education in the United States is, by many metrics, increasingly dominated by women.

As of data from 2018, 76% of teachers are female, up from 66.9% in 1981. Looking beyond the classroom, over half of school principals are women, while only 30 years ago, nearly two-thirds of public schools — at the elementary-, middle-, and high-school level — were headed by men.

But in spite of their large numbers and increased leadership opportunities, some women, particularly those teaching in middle and high schools, sense an intangible bias toward men during the hiring process and in their workplace dynamics.

A ‘boys club’ with men fast-tracked to promotions and opportunities

Chelsea Warner, a public high-school assistant principal in Monterey, California, suspects that school districts were looking to appoint positive male role models to administrative positions as she was seeking a promotion. "Obviously, none of that’s ever said," Warner said. During her hiring process, she said, she had to fight for the interview, "while my male counterparts were being asked to interview." Lena Peck, a middle-school teacher in a Maryland charter school, noticed early in her career that her male principal had stronger and more personal relationships with male teachers. It seemed to her as though those men were being groomed for promotion and leadership opportunities that she was never considered for.

"As a teacher, the bulk of the work that you do is behind the closed door of a classroom," she told Insider. "You’ve got to have that relationship, you’ve got to make yourself known and make small talk in the teacher’s lounge, or you’re not going to get tracked for those opportunities."

One 2020 Texas study found that women must work as classroom teachers, on average, one year longer than their male counterparts before they’re promoted to assistant-principal positions. Once promoted, they work an average of eight months longer as assistant principals before being promoted to a principalship. Women seeking high-school administration positions have it worst; as of 2018, women made up only 33% of high-school principals. Since the vast majority of the nation’s superintendents charted their path through middle- and high-school principalships, this imbalance cuts women out of the district leadership pipeline at disproportionate rates.

"I think my principal has his boys club of male teachers," Judy, a public middle-school teacher in New York who asked not to reveal her last name for privacy reasons, told Insider. Her male principal seems to address female teachers more directly regarding punctuality and dress code, while "male teachers don’t seem to get talked to," she added.

Male teachers in the aggregate do demonstrate a clear preference for working under male administrators. A 2018 study found that male teachers are "significantly more likely to leave a school when it is led by a female principal." Female teachers showed no such bias.

A gender gap with a pay gap

Gender bias in education is costing teachers more than promotions. Six years into her teaching career, Peck, the Maryland charter school teacher, discovered that a male colleague of hers with similar experience and education was out-earning her by thousands of dollars per year.

This pay gap is reflected in studies conducted across the nation in states like Illinois and Pennsylvania. Even when controlling for experience and education, female teachers and administrators are likely to make anywhere from hundreds to thousands less than men in their annual salaries. Even so, men are often sought-after for administrative and teaching positions because of the potential relationships they may build with boys and young men. "If I have an opportunity to hire a man, I take it," Nicole Moore, a public elementary-school principal in Shamong, New Jersey, told Insider. "Kids need those role models, and it’s so rare at the elementary level." All qualifications being equal, Moore prefers to fill teacher vacancies with teachers who bring underrepresented identities to her elementary school; this includes men and teachers of color.

How race plays a role

Discussions of gender inequity in the field of education can’t take place without consideration for the vast racial disparities among female teachers.

White women make up the majority of public school teachers, about 60%. In the eye of the storm that begets the school-to-prison pipeline (a trajectory in which children of color are suspended at higher rates than their white peers and, eventually, incarcerated at higher rates as well) and the achievement (or rather, opportunity) gap, lies an intersection that’s problematic at best and dangerous at worst: white women at the helm of an increasingly diverse student population.

As of 2018, 53% of public-school students were kids of color, even though 79% of their teachers were non-Hispanic white, meaning that most kids in our public schools have a teacher who doesn’t look like them.

Lindsay Black, a DC middle-school teacher and cohost of the education podcast "The Reformist Pipeline," said that "kids should not matriculate through our school system without seeing themselves in a teacher. Representation absolutely matters." She recalled hearing from a panel of Black high-school students who shared that in their experience, "the white teachers don’t always expect less, but they do accept less, while my Black teachers always have high expectations of me." The jury is out on whether the totality of the gender ratio, in and of itself, constitutes a problem for the field of education. Although gender diversity in staffing bears no impact on academic achievement, stakeholders maintain an interest in providing young children with male role models. Women face barriers to promotion within the field, though that gap is closing. The diversity we should be after, really, is for teachers of color, regardless of gender.