YouTuber JGOD can teach you to master ‘Call of Duty’ with spreadsheets and statistics. Here’s how he amassed more than 1 million followers. 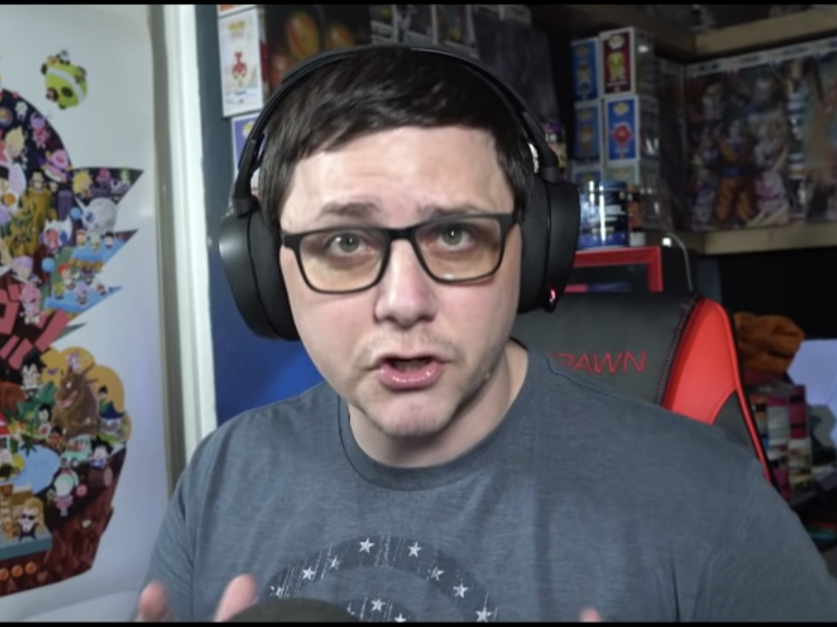 The request came from MLB superstar Mike Trout, who joined the thousands of "Call of Duty: Warzone" players who rely on Godoy’s encyclopedic knowledge of the "meta" — i.e., the best guns and equipment to use in the game.

Nobody is more surprised by his meteoric rise than Godoy. He’s added over 750,000 subscribers in the past 12 months alone. From a makeshift studio in the corner of his bedroom, a few feet from the futon where he sleeps and well within earshot of the family members who live with him, the 33-year-old holds court daily over the finer details of bullet velocity and aiming movement speed before his million-plus YouTube subscribers.

The COVID-19 pandemic created a massive gaming boom. More than 55% of US consumers played video games as a result of pandemic restrictions, Nielsen’s SuperData 2020 survey found, which also reported that the number of people watching gaming video content online had increased by 18%.

At the center of that culture sits "Call of Duty: Warzone," Activision’s free-to-play battle-royal mode that passed 100 million players in April.

Joining the trend of games such as "Fortnite," "Warzone" has maintained cultural and commercial dominance since its fall 2019 debut by releasing new content every couple of months in "seasons," more resembling a TV show than the traditional all-in-one model.

Demand for a guide through the ever-changing fictional map of Verdansk increased, and JGOD reported for duty.

From math teacher to gaming professor

Unlike most gaming content creators who are fueled by performance and personality, Godoy’s channel rarely includes footage of him playing. A recent 18-minute video featured zero footage of the game and was still devoured by hundreds of thousands of viewers.

His content, Godoy said, focuses on helping players improve their gameplay rather than on promoting his own.

He painstakingly tests each aspect of the game, such as how much damage a particular weapon might deal at 75 meters or how adding a scope might make a gun’s aim-down-sight speed slower. Then he presents his findings like a professor — with spreadsheets, statistics, and lo-fi visual aids that one might expect in a pandemic-era online classroom.

Which makes sense since Godoy always wanted to be a math teacher. He was going to school for it, he said, until money issues led him to the workforce. He got a job at a grocery store, then at a gym. He showed an aptitude for training new employees that eventually led to a position in middle management. The goal was to become a general manager — or more accurately, to earn the salary that came with the title.

"In my head, I was like, ‘I want to reach that $100,000,’" Godoy said, adding that he lived on welfare checks and food stamps at times in his childhood. "I always thought that six figures was a comfortable living. You’re not stressing about your bills or anything."

In the meantime, he married his high-school sweetheart, Aurora; saved up enough to buy a house near San Bernardino, California; and had a son, Xander.

Then on December 2, 2015, 14 people were killed in a mass shooting at the Inland Regional Center in San Bernardino. The youngest of them was 26-year-old Aurora, an employee of the county.

Godoy’s next six weeks were a whirlwind. He interviewed with local and national news outlets; met with President Barack Obama; and attended Aurora’s funeral with 1,000 other attendees, where a posthumous college-degree ceremony was given in her honor.

He tried returning to work. Four months later, he said, he realized that "the grind just felt like it wasn’t worth it," so he quit to spend more time with 2-year-old Xander. Between the workers’ compensation and retirement payments from the county, he could just afford to pay his bills.

For a year, Godoy did "literally nothing," he said, and he found himself playing a lot of "Call of Duty." To improve his own performance, he began watching YouTube tutorials and quickly became hooked on the form.

In August 2017, he posted his first gameplay walk-through to YouTube, recording his voice-over during Xander’s nap time. He took to learning about YouTube’s algorithm best practices as a hobby, and within a couple months he received a $100 payout. It felt like a jackpot.

"When I first started, I never knew people could make money like they make," he said.

He made more videos, earned more subscribers, and began to project the numbers: How many viewers would he need to make the same amount that he could make working as a teacher?

The dollar value of trust

When "Warzone" came out in late 2019, Godoy had nearly 99,000 subscribers, and he made what was then an unpopular choice to go all-in on the new mode. As the game exploded in popularity, he doubled down with daily videos geared toward more casual players.

His shining moment came in December, when Activision integrated the full arsenal of weapons and equipment from its recently released "Black Ops Cold War" title into the "Warzone" engine. Players needed someone who could tell them objectively which of the 30 new weapons and hundreds of new attachment combinations they should use.

But there was a problem. In testing the new gear, Godoy noticed that almost none of it performed in the way the game described. For example, an attachment labeled as lowering bullet velocity could actually be boosting it. In the discrepancy, there were hidden benefits to be exploited. Suddenly, JGOD was sitting on a gold mine of information.

Over the next few weeks, his explainer videos became mandatory viewing. They gave players who tuned in a massive advantage over those who didn’t. His word became gospel truth, more trusted than the developers themselves.

Subscribers began pouring in by the thousands, and sponsorship deals followed close behind.

To handle the fervor, Godoy teamed up with Up North Management, a pair of young, ambitious brothers looking to capitalize on the growing industry of gaming content creation. They connected him to brands, and deals progressed from simple promo codes to legitimate retainers, paid monthly on top of the commission he earned for sales referrals.

"It’s so weird, too, because it’s kind of like the content becomes secondary in a sense," Godoy said. "But I try to make the content not secondary. It’s very difficult because obviously there’s a certain obligation."

The beauty of the business is twofold. First, Godoy plans, records, and edits his content entirely on his own, so there’s little overhead expense or marginal cost to produce his videos.

Second, there are other opportunities for revenue streams. The largest portion comes from YouTube’s AdSense revenue, but Godoy can also cash in on sponsorships and merchandise, as well as on livestreaming on Twitch and serving as a guest analyst for tournament broadcast streams. There’s also the AdSense revenue on a second YouTube channel he started with additional, lower-effort content.

Cole and Cody Hock, the founders of Up North, told Insider that Godoy will "comfortably" have "multiple" six-figure revenue streams this year.

"The sky is the limit," Cody said. "He’s so likable, how can you not root for someone like him?"

Already this year, JGOD’s main channel crossed a million subscribers, and his second channel passed 100,000. He was a guest caster for high-stakes tournaments and hosted his own, which was chosen by Activision to be the face of a $100,000 invitational — though in classic JGOD fashion, he divided the money so that 34 of the 36 competitors went home with some cash.

He records late at night, when his 7-year-old son, brother, sister-in-law, and niece — who all live with him — can no longer be heard from his bedside studio. He’s usually done editing around 1 a.m., when he’ll upload and design the cover thumbnail. Then he’ll schedule the release for 8 a.m. PT the next morning.

It’s a cycle that repeats about seven days a week, 52 weeks a year.

"It’s like he has an army of 15 people in his house," said Anthony Zachman, who operates the YouTube channel TrueGameData, a competitor to JGOD.

"That’s unique," Zachman said. "He will give credit if it’s something from someone else, which is great — especially for someone as big as he is and influential as he is."

Godoy has yet to experience his newfound celebrity status at gaming conventions and events because of the pandemic. But by now everyone in the community knows who he is — including the game’s developers, who in recent months have not-so-mysteriously started releasing more detailed information in their patch notes and fixing bugs within a day or two of them being mentioned in JGOD’s videos.

In the immediate future, Godoy is focused on moving to a bigger house a couple miles down the road that presents the long-awaited opportunity for a dedicated streaming room with soundproof walls, which would help normalize his working hours.

More importantly, the new digs would include a better gaming setup for Xander, who dabbles with "Warzone" but prefers "Fortnite" and "Apex Legends."

Dad can’t win them all.