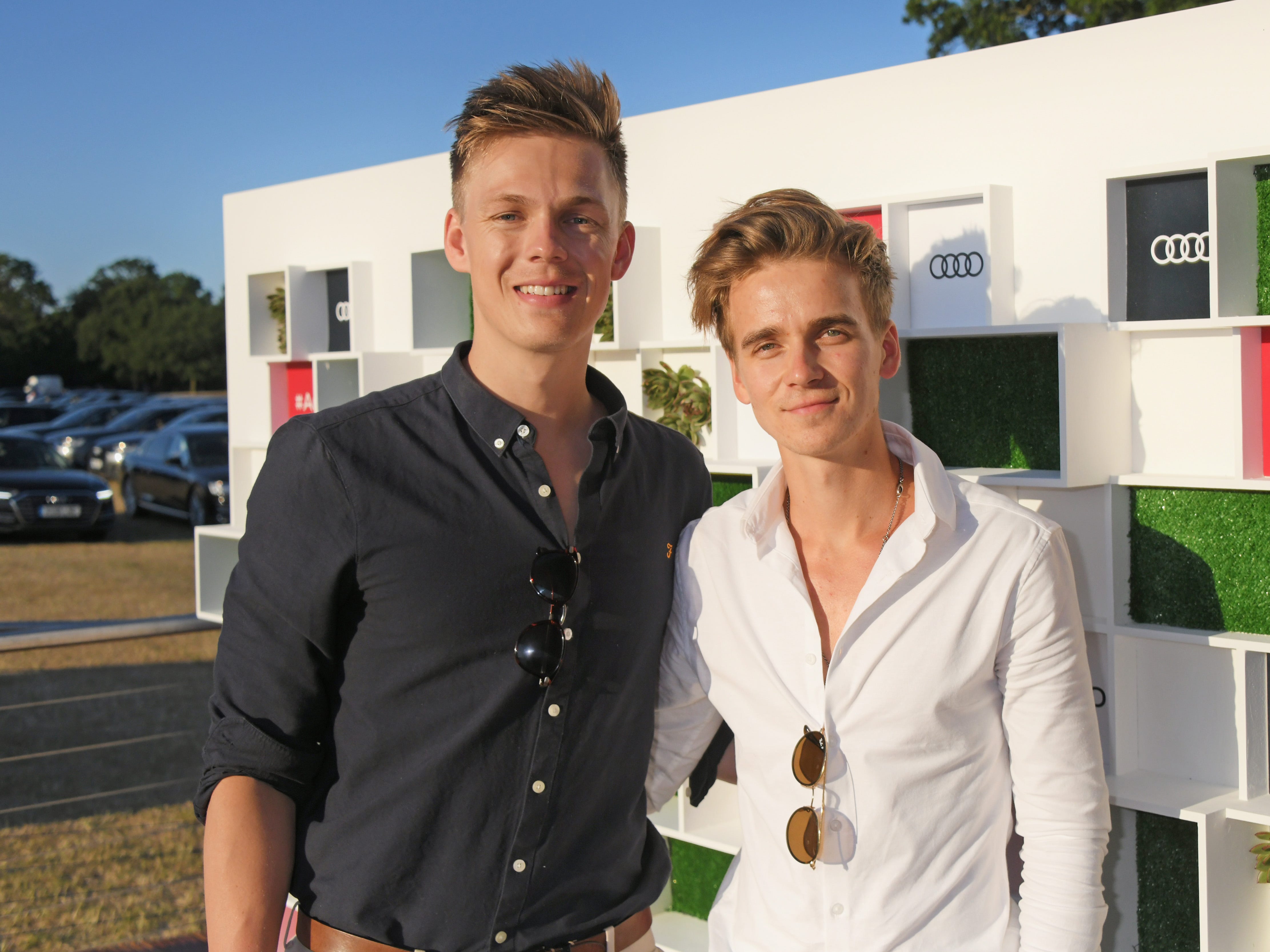 Caspar Lee and Joe Sugg are probably best known as being among the original UK YouTube breakout stars.

Between them, the pair have 25 millions followers across YouTube, Instagram, and TikTok. The creators went into business together in 2018, cofounding talent-management firm Margravine Management. The company is backed by global sports, events, and talent-management company IMG.

"We always had a dream of eventually using the experiences we went through and the lessons we learned to help other creators," Lee, Margravine’s strategy director, told Insider.

In the last year, Margravine has signed talent such as 15-year-old TikTok star Isabelle Signs, who has become popular for her "signing videos" after teaching herself sign language to communicate with her younger brothers. The agency has also signed Kyron Hamilton, an actor who grew his TikTok to 1 million followers by impersonating typical high school teacher stereotypes.

Speaking to Insider, Sugg and Lee shared their top tips for budding creators looking to gain the attention of talent-management.

1. You don’t need to be on every platform going

"There’s a misconception that as a creator you have to be on all the social media platforms," Sugg told Insider. "That was probably true a few years ago, but now you’re seeing people having incredible careers and businesses just on Instagram, or TikTok, or YouTube."

Lee and Sugg recommend creators dive into the analytics provided by social media platforms to get a better sense of their audience demographics.

Sugg added that creators don’t need to go broad with your platforms to gain followers, and by focusing on one area they can develop a targeted audience.

2. When signing with talent management, it can be good to go smaller

It’s not always helpful to be on a roster alongside similar talent, Lee said.

"We like having very different talent on our roster because when Joe and myself were getting started, we didn’t like being compared to other talent within the same management company," he added. "We like the idea of choosing and working with a few talent in a vertical that we really like."

Being a creator on a smaller, dedicated roster means that when brands come to the firm, they’re asking for an actual person who they have in mind and not just whoever might fit the bill, said Lee. Many social media creators see the next step up in their careers as landing deals on more traditional channels, such as TV shows, books, or signing record deals.  Margravine encourages this approach, but the move to traditional media shouldn’t be seen as a total transition.

"It’s not really about transitioning there and giving up one or the other, but it’s just about maximizing both," Lee said.  "Having a strong digital presence can really help maximize your other opportunities."

He points to figures like Dwayne "The Rock" Johnson and comedian Kevin Hart who have a strong digital presence alongside their other work.

4. Consistency and collaboration are key

"If you’re enjoying what you’re doing and if you’re doing it from a place of real interest and love for it, then you will be consistent, because you’ll be excited about creating new content and uploading all the time," Sugg said.

A good library of content makes talent stand out in the eyes of managers and agencies, he added.

"You don’t want to make a month’s worth of videos or a week’s worth, and then try and get signed, because they haven’t really got enough to know how seriously you’re taking it," said Sugg.

Collaborations are also important. When Lee and Sugg first started posting, they often filmed with other YouTubers such as Alfie Deyes, Zoe Sugg (Joe’s sister), and Marcus Butler. "It massively boosted us all and helped grow our individual channels," according to Sugg.

Appearing at events can also help creators stand out from the crowd. "We are big fans of events like VidCon as they’re a great opportunity to meet other creators and potentially collaborate," Lee said.

Lee said there is huge potential in finding a niche, and that regardless of viewcounts or subscriber figures, some brands want a specialist target audience.

"They’re not always looking for the biggest audiences, they actually prefer to have a targeted audience with a particular interest or, particularly, to work with a creator on a specific content type," Lee said.

Media kits are often a requirement of brands who want to get more detail about a creator’s audience, previous advertisers they’ve worked with, and ad prices. But Lee said that when it comes to working with a management company, it’s not a necessary requirement and that media kits don’t need to be particularly polished.

"It’s part of our job to create such tools and we have our own specific format," he said.